Thrilling finals series sets up big ones for all divisions this Saturday.

The past two weekends saw the semi and preliminary finals of the 2016 AFL London season decided. 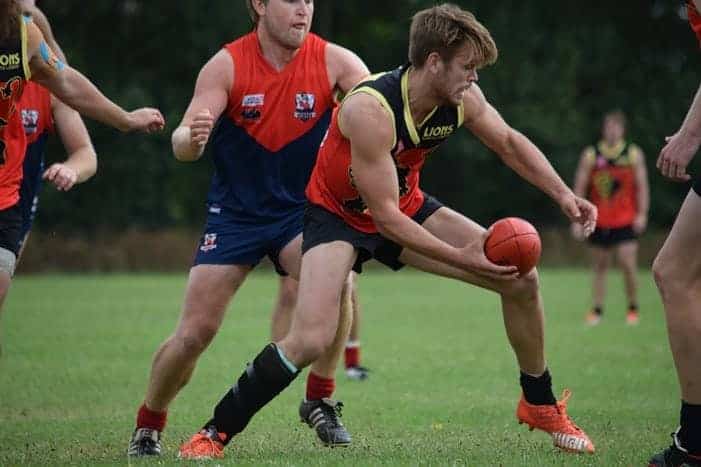 In the Social division the Wandsworth Demons faced the West London Wildcats’ thirds team, the Ealing Emus. Running the match out 11.2 (68) to Ealing 10.1 (61) the Demons headed straight through to the grand final.

Meanwhile, the Reading Roos and the Wimbledon Hawks took to the pitch on Sunday 24th down at Peckham Rye to determine who would head through to the prelims against the Emus. The Reading Roos were too strong for the Hawks and won by a convincing 37 points: Roos 11.9 (75) to Hawks 6.2 (38).

The Hawks flew into the grand final leaving the Wandsworth Demons and South East London Giants to nut it out on the Sunday. The Demons were too strong from the Giants, winning 6.6 (42) to the Giants 5.8 (38). The Demons progressed through to the prelims to fight it out with the Lions.

The Lions took on the Wimbledon Hawks on neutral ground down in Peckham. A hard fought match, it saw the first quarter evenly contested before the Lions ran away and dominated the next three quarters. The final score: North London Lions 12.17 (89) to Wimbledon Hawks 8.11 (59), unfortunately ending grand final hopes for the Hawks.

The Conference match consisted of reigning premiers, the Shepherds Bush Raiders, and the South East London Giants fight it out to see who would take on the Wandsworth Demons this coming Saturday, 6th August.

The Giant’s gave it their best shot but unfortunately went down to the Raiders by 10 goals. The final score read: Shepherds Bush Raiders 14.7 (91) to South East London Giants 5.1 (31).

The Women’s division saw the North London Lions take on the Wandsworth Demons. 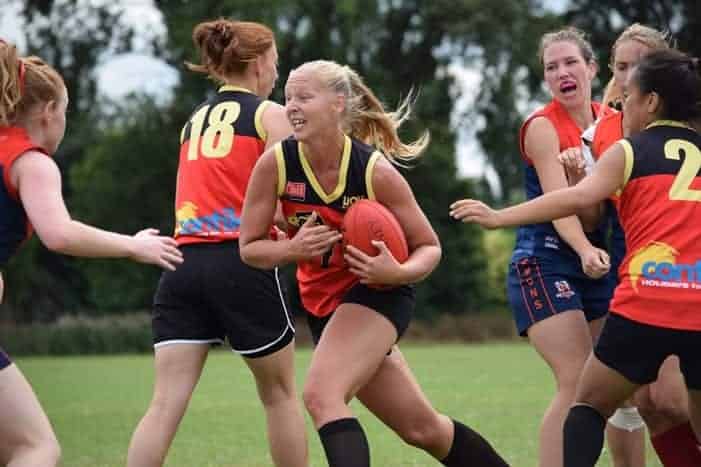 In a thrilling nail-biter, the Lions managed to advance through to the grand final in a mere 1-point victory over the Demons and will now face the undefeated Wimbledon Hawks. The final score: North London Lions 3.3 (21) to Wandsworth Demons 3.2 (20).

The Premiership division match was a showdown between the Wandsworth Demons and North London Lions. With both teams hungry from the bounce, the first half proved neither the Lions nor Demons were ready to give up. It wasn’t until the Premiership quarter that the Demons were able to pull away and show their strength. Despite a late fourth quarter comeback by the men from the north, the final score line had the Demons 11.8 (74) defeating the Lions 8.5 (53).