It’s the perfect time to present the Six Nations fan in your life with a gift that any fan will love and these gift ideas fit the bill perfectly.

by Shanaka Thanapathy
in Sport 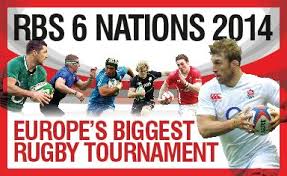 As every New Year gets under way so European rugby fans brace themselves for the RBS Six Nations, the tournament that pits England, Ireland, Scotland, Wales, France and Italy against each other for the right to call themselves the best national rugby side in Europe.

It’s the perfect time to present the Six Nations fan in your life with a gift that any fan will love and these gift ideas fit the bill perfectly.

A spoof newspaper is a great gift for the Six Nations fan with a sense of humour. With the headline “LIFE’S JUST GRAND FOR (fan’s name) and detailing the fan’s role in the destruction of the opposition that secured the Six Nations title for his team, this personalised tabloid-sized newspaper will be an amusing talking point whenever his friends come round. What more could any fan want than a “newspaper” report lauding the way he won the championship for his team?

Tissot’s passion for sport is reflected in the Tissot T-Touch II Titanium RBS 6 Nations Special Edition 2014. Produced specially for rugby fans, this great watch is manufactured to Tissot’s traditional high standards and features a chronograph, thermometer, compass and two alarms to name but a few of its functions. And, water resistant to 100 metres, rugby fans won’t have to worry about showing off their watch even on rainy days. Make your fan the envy of his friends with this great watch.

For the rugby fan, there is a huge number of books on the game but these two inexpensive offerings are perfect for the anyone interested in the Six Nations. The challenging Six Nations Rugby Quiz Book contains 500 questions reflecting fascinating aspects of the Six Nations. Put together by Matthew Jones, fans will find it interesting and fun to test their knowledge of the tournament they love. And for the answers, John White’s Six Nations Rugby Miscellany has all the facts and information about the Six Nations (and its predecessors) that any rugby fan could want to know.

Why not treat your Six Nations fan to a behind-the-scenes look at their favourite rugby stadium? Tours of Twickenham – the world’s largest venue dedicated to rugby alone – include the stadium itself, the dressing rooms and the World Rugby Museum. While in Cardiff the Millennium Stadium is the only one in Britain with a palletised pitch system and fully retractable roof. You can also organise visits to Murrayfield, the Aviva Stadium and the Stade de France. (Italy’s Stadio Olimpico does not currently allow tours). Stadium tours are a special experience that every rugby fan will love.

For the Six Nations fan who likes to flaunt his allegiance, there is all manner of replica gear and accessories that he can show off on game day and on casual occasions. You can choose anything from replica rugby jerseys, polo shirts and hoodies to accessories like hats, scarves and bags, all in team colours and with team logos. These are great, practical gifts for adults and children of both sexes.