Australia and Papua New Guinea say they are proceeding with plans to reopen the Manus Island detention centre, but it has failed to silence the critics. 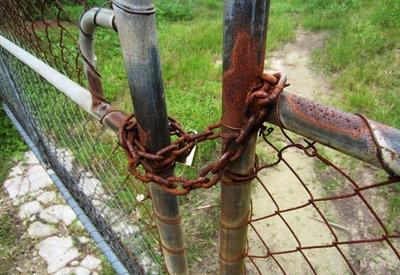 A memorandum of understanding (MOU) was signed on Friday between the two countries, agreeing to establish the centre and including some basic information on how it will operate.

It commits to treating detainees with dignity and respect in accordance with the United Nations convention on refugees, processing them as quickly as possible and at no cost to the PNG government.

The coalition laughed off the MOU as “no dates, no dollars, no details”, but Immigration Minister Chris Bowen insisted it was a positive first step towards re-establishing the “assessment centre”.

“This is a welcome and important development,” Mr Bowen said in a statement on Friday.

“This MOU sends a clear message that countries in this region are working together towards a lasting regional response.”

But objectors to the project within PNG are still unhappy.

PNG governor of the capital district, Powes Parkop, continues to threaten instigating a Supreme Court challenge if the centre is found to breach the nation’s constitution.

Parkop, who has been a human rights lawyer, told AAP that under section 42 of the PNG constitution locking up detainees without charge was illegal.

“If they are locked up, it will be illegal,” he said.

“The law here is very clear … a person cannot be locked up without charge.

“It is also not part of our culture to put them in detention … West Papuans who come here, we put them in camps … they are free to move around.”

Manus Island governor Michael Sapau wants to negotiate a better deal for his community in return for his support for the detention centre.

Mr Sapau has given the PNG government a list of 28 demands, including a new sports stadium, an international conference centre and upgrading of roads, schools and hospitals that he wants Australia to fund.

Mr Bowen insists the PNG government, under new prime minister Peter O’Neill, has attached “no strings” to the negotiations.

The Refugee Council of Australia has bagged the Manus Island reopening as Pacific Solution 2.0.

“Australia is paying a much poorer neighbour to accept extra-territorial processing of asylum seekers to whom Australia has protection obligations,” the council’s chief executive Paul Power said in a statement.

“This really is a return to the Pacific Solution which the Government repudiated in 2007 and shut down in early 2008.”

Meanwhile, another boatload of 71 asylum seekers has arrived off Christmas Island.

The government says they will undergo transfer assessments pending removal to a third country.