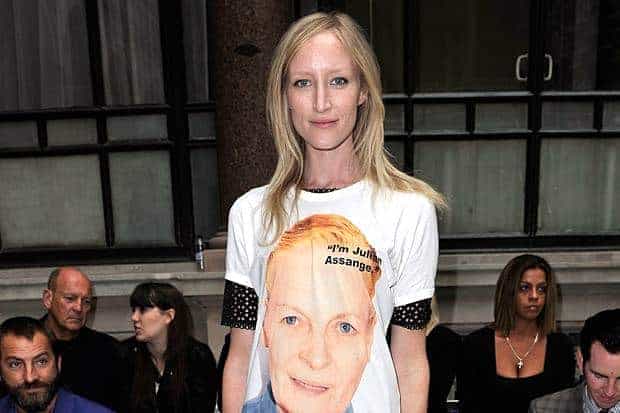 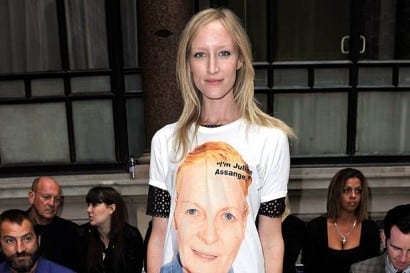 Front row guests at the London Fashion Week show, including celebrities and models, were handed large white T-shirts emblazoned with the 71-year-old designer’s face and the words, “I’m Julian Assange”.

While the Australian chief of the secret-leaking website remained holed up at London’s Ecuadorian embassy just a few kilometres away, he became a talking point of Sunday’s show, held at the Foreign and Commonwealth Office (FCO) on Whitehall.

The grand 19th century venue made Ms Westwood’s reference to Mr Assange more provocative, as the FCO has been a central player in the stoush over bids to extradite the Australian from the UK to Sweden, where he is wanted for questioning on sexual assault allegations.

It is not the first time Ms Westwood has aired her support for Mr Assange.

In late August after Mr Assange was granted asylum by Ecuador, a statement written by the veteran designer was read to supporters outside the embassy.

“Through WikiLeaks, Julian Assange continues to expose the lies and distortions of the authorities. His fight is our fight. It is a fight for freedom. Freedom for information. We are Julian Assange. I am Julian Assange,” she wrote. 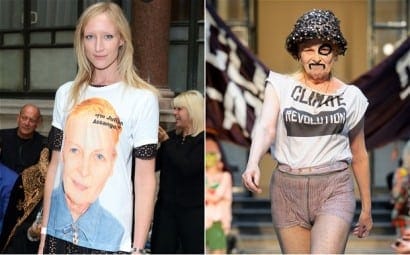 It is from this statement that Sunday’s T-shirt slogan presumably originated.

The outspoken designer attracted further attention at her show when finally she appeared, dressed in a T-shirt carrying the words ‘climate revolution’, while a banner with the same words stretched across the stage.