UNESCO officials arrive to address concerns the Great Barrier Reef is under threat from the operations of mining companies. The Australian government has been criticised for not taking action to protect the Heritage listed site. 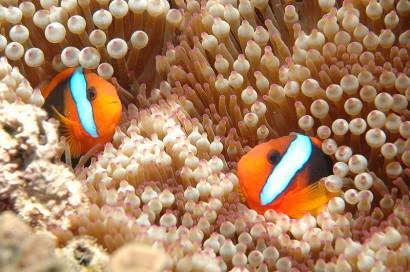 UNESCO investigators have arrived in Australia to address concerns the actions of local mining companies could have a serious affect on the health of the Heritage listed Great Barrier Reef. The Australian government has since come under fire for permitting the Gladstone Ports Corporation to construct coal seam gas plants within the marine park’s boarders.

Concerns have been raised over the Gladstone Ports Corporation’s plans to dump inland dredging waste within a kilometre of the Great Barrier Reef’s boarders. They are also currently completing works on the construction of three coal seam gas plants situated within the marine park, and are planning the construction of a further three.

The Great Barrier Reef – one of the world’s great natural wonders — is also under threat of becoming an important shipping route if construction goes ahead on coal seam gas exportation facilities on Curtis Island, which lies within the Heritage listed area of the marine park.

The Australian Government has hitherto granted the mining company permission to contruct within the park, specifying only that there need be sufficient environmental oversight. However it is the mining companies themselves who have been left to assess the environment impact without the consultation of the UN.

The Great Barrier Reef was listed as a World Heritage area 30 years ago to increase the protection of the unique natural site. In consequence, the Australian government is now obliged to inform UNESCO — the UN organisation that manages World Heritage sites — of any changes in the management of the reef.

UNESCO officials are now in Australia investigating the state of the Great Barrier Reef after the government failed to alert them to the construction and further plans for the construction of coal seam gas plants within the park.

The Greens environmental spokeswoman, Larissa Waters, has called the UN’s visit an ”international embarrassment”, showcasing the government’s neglect of one of the nation’s most important environmental sites.

The Co-ordinator of the UNESCO World Heritage Centre’s marine program, Fanny Douvere, has said the Australian government’s belief in the “minimal impact” the mining company could have on the reef, “may be untrue”.

A team of UNESCO officials will be spending nine days touring the reef and speaking to local scientists to determine the extent of the threat to the site. They have already stressed that the reef needs the protection of the Australian government to survive.

”We are aware dredging does have a correlation with water quality, and water quality is a crucial component for the conservation of the Great Barrier Reef as a whole,” Dr Douvere said.

The independent Australian action movement, GetUp, have presented the government with a petition of 75,000 signatures in an attempt to lobby the government to reconsider the protection of the reef. The organisation is also planning rallies and public forums, and intends to meet with UNESCO officials during their tour to present their concerns.

Greenpeace led anti-coal groups are also taking action to rally the government and are currently planning the biggest environmental campaign the nation has ever seen.

Documents detailing their plans for legal action and community challenges have been leaked to the media. In response to their intentions, Treasurer Wayne Swan has branded the campaign ”completely irrational and destructive” and ”deeply irresponsible”.

”If this strategy were to succeed, it would inflict significant collateral damage on the national economy, on the economies of Queensland and NSW and on the many industries and businesses that support the coal industry,” she said.

Coal seam gas is a steadily growing industry in Australia with 4,000 pump sites already established in Queensland, a number that is expected to grow ten-fold in the next 20 years. The industry is worth an estimated $43 billion.