Prime Minister Julia Gillard says she's shocked and disgusted by the News of the World phone hacking scandal in the UK. 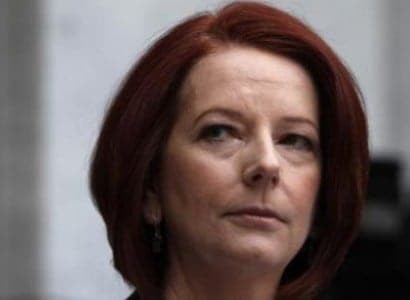 PRIME MINISTER Julia Gillard says she’s shocked and disgusted by the News of the World phone hacking scandal in the UK.

And she says she’s open to having parliament look into media ownership and industry ethics in Australia.

“I think, like most Australians I’ve been pretty shocked and disgusted about the revelations that we’ve seen in the United Kingdom,” Ms Gillard told the National Press Club in Canberra on Thursday.

“I’m not surprised that that’s causing, in our national conversation, a consideration about the role of the media in our democracy.”

Ms Gillard said she would be happy to sit down with other politicians and discuss the possibility of a parliamentary review into the media, as suggested by Australian Greens leader Bob Brown.

“I would also point to the fact that there is in train, already, and has been for some time, a convergence review.”

The convergence review is looking at how the arrival of the digital spectrum has changed the media.

“Whatever parliament does or doesn’t do, there is going to be a national conversation about the media’s role and media ethics in the weeks and months ahead,” Ms Gillard said.