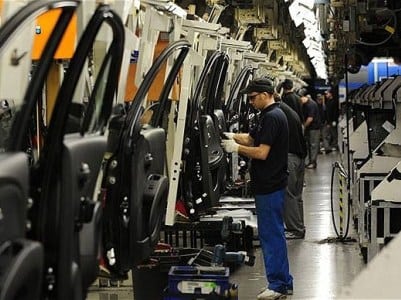 Month end demand turned out to be a USD supportive factor on Friday on an otherwise very quiet trading day in the FX markets.

Data from the U.S. was mostly strong on the day although manufacturing numbers in the form of the Chicago PMI did print below market expectations. Sterling remained resilient against the greenback, touching a new four month high at 1.6041 before consolidating back below 1.6000 as profit taking took hold.

In the absence of any significant economic data from the U.K. it seems as if end of month portfolio rebalancing flows and positive M&A chatter were both factors that helped the pound remain firm on Friday. There are several key data releases from the U.S. this week and in light of the poor Chicago PMI number on Friday there will certainly be some focus on the ISM manufacturing index that is due for release today.

We have seen U.K. March manufacturing PMI numbers released this morning, which has come in at 52.1 versus market expectations of 50.7 and the highest reading since May 2011. This release was clearly being watched more intently than usual on the back of the recent spate of weaker than expected U.K. economic indicators and subsequently cable has rallied to a high of 1.6057. That being said, the pound’s recent outperformance could well come under some scrutiny this week as seasonal/one off flows subside and the broadly weak fundamentals of the U.K. economy take hold of the currency. GBP/USD opens this morning at 1.6056.

The 17-nation currency remained firm against most of its major counterparts on Friday.

This was perhaps surprising given the smaller than hoped increase to the Eurozone’s financial firewall, with EU leaders agreeing to increase the sovereign bailout fund by the bare minimum, to EUR 700 billion.

Another euro positive on the day would have been the passing of the Spanish budget which involved some very aggressive measures aimed at reducing the Iberian nations’ deficit which in turn sent Spanish yields lower on the day, reflecting investor viewpoint that Eurozone peripheral contagion concerns have eased somewhat.

This morning we will see a raft of Eurozone PMI numbers released but investors will already be turning their attention to the next ECB interest rate decision and its associated press conference later this week, although we expect no change in monetary policy this time around. GBP/EUR opens this morning at 1.2000.

The AUD continued to weaken against the USD on Friday, ending the day on a weak note at 1.0342 and capping off a bad week for the Australian currency as concerns surrounding a slowdown in China dominated and sent the higher yielding currency tumbling across the board.

GBP/AUD was able to continue its move higher on the back of the weaker AUD and traded to a high of 1.5455. NZD/USD was pretty strong on Friday, trading to a high of 0.8228 and finishing the quarter as the best performing major currency, up around 5% against a basket of its major counterparts and dwarfing the AUD which posted a rise of only 1.4%.

The official Chinese PMI figure for March was released over the weekend and came in at 53.1 versus 50.6 from a month earlier and subsequently AUD/USD opened around 100 points higher in Asian trading and NZD/USD also gapped higher on the better than expected figure. Despite the initial sell off in GBP/AUD and GBP/NZD overnight both pairs have pretty much recovered their losses and open this morning at 1.5452 and 1.9584 respectively.