This week’s national accounts showed the economy has been recession-free for 21 continuous years, otherwise unheard of in the current global climate. 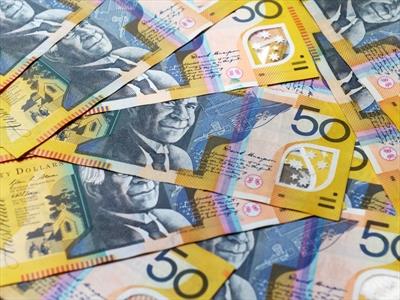 POLITICIANS like to remind us how tough things are, but a report by the British trade union movement suggests otherwise.

Whether or not you are down on your luck, after listening to our pollies going on about cost of living pressures and how hard it is to make things meet, you walk away feeling that much poorer.

It’s little wonder that we have apparently turned into a nation of savers, fearing what dreadful event might be around the next corner.

But a report by the UK’s Trade Union Congress suggests we should get a grip.

It found that Australia’s real wages growth, after taking inflation into account, rose by 6.9 per cent between 2007 and 2011, and right through the monstrous upheaval of the 2008-2009 global financial crisis.

That compares favourably with 5.4 per cent growth in Canada, while pay actually fell 4.5 per cent in the UK during that same period.

Now that really is tough.

And let’s not forgot our most recent official inflation figures from the Australian Bureau of Statistics – an annual consumer price index rise of a tame 2.2 per cent, and a cost of living index for employees of a mere 1.1 per cent increase over 2012.

But perhaps consumers are looking at the facts rather than listening to our national representatives.

This week’s retail spending figures showed shoppers had a definite spring in their step at the start of the year, spending a record $21.6 billion in January.

This was a 0.9 per cent increase compared to December, and the biggest monthly rise since June last year.

Such exuberance coincides with more buoyant consumer confidence, which now stands at its highest level in more than two years.

Meanwhile, there was more positive news on the broader economy with the national accounts showing a respectable 3.1 per cent expansion during 2012, close to its long-term trend.

While the resource sector remains a key driver of growth for now, with still only glimmers of hope from the non-mining fraternity, at least the economy overall continues to expand, which is always good for the employment outlook.

In fact, the economy has now been recession-free for 21 continuous calendar years, unheard of among other major advanced economies in the current global climate.

It passed this milestone for financial years last June.

Commonwealth Securities chief economist Craig James described it as a “Goldilocks economy” – not too hot, not too cold, in fact just about right.

“Inflation is under control, unemployment is low, the economy is growing at a “normal” pace and our government deficit and debt levels are low compared with other advanced nations.”

Give him his due, Treasurer Wayne Swan did his bit talking up the economy during his national accounts media conference, pointing out that Australia is growing more than four times the average of member countries of the Organisation for Economic Co-operation and Development.

“This is a pretty impressive outcome,” Swan said.

But he also spent a lot of the 30-minute conference discussing the comparison of real gross domestic product (GDP) – the usual focus of growth – and nominal GDP, as did shadow treasurer Joe Hockey’s rebuttal.

In a rare turn of affairs, nominal GDP at an annual rate of just two per cent has now undershot real GDP for the past three quarters, something that hasn’t occurred in 50 years.

The long-term trend for nominal GDP is six to 6.5 per cent.

It explains why company profits are down because the value of our goods and services (nominal) are below that of output (real), which Swan blamed on a high Australian dollar and declining terms of trade.

If your eyes haven’t glazed over already, Finance Minister Penny Wong took up this topic, along with the government’s budget strategy, during a speech in Melbourne.

“Nominal growth is what drives profits across the economy and consequently government revenues,” she said.

“In light of this, the economically responsible course of action is to maintain spending restraint but not continue to cut to offset the revenue writedowns if that would risk employment and growth.”

No doubt we will hear more on this scintillating topic in the run-up to the May 14 budget, if not all the way to the September 14 election.

Explanations of the nominal/real GDP relationship may be interesting to the pointy heads in our community, but is it really a vote winner?

Perhaps we should just take a leaf out of former British prime minister Harold Macmillan’s book, who said in a 1957 speech: “Let us be frank about it, most of our people have never had it so good.”

It would certainly enliven the economic debate. – AAP