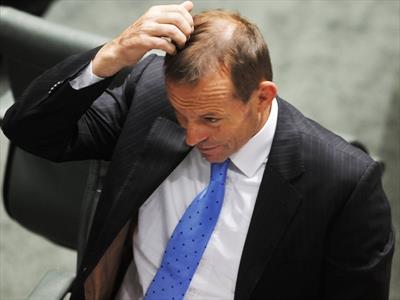 FAIRFAX MEDIA reports that both Fair Work Australia and an auditor have failed to track down documents for periods between 2002 to 2007 when Craig Thomson occupied the top job at the HSU.

The employment body has been investigating the union’s financial management under Mr Thomson since April 2009.

HSU national secretary Kathy Jackson told The Age newspaper there were “a lot of records missing from the organisation”.

Tony Abbott said the revelations should force the government to be held accountable for the issue.

“This is a government that has an integrity problem and it’s up to the prime minister to sort it out,” he told reporters in Hobart on Saturday.

“She can’t run away from questions the way she did in parliament last week.”

An audit in 2008 revealed Mr Thomson continued using his union mobile phone and credit card after he resigned from the HSU and took up his position as a member of parliament after Labor swept to power in 2007.

Records show $5480 was spent on Mr Thomson’s union credit card and $2095 on his phone after the November election.

There was also $10,000 in HSU funds donated to charity Dads in Education, of which Mr Thomson later became a director, and a promise of $39,000 in union money for the Central Coast Rugby League club.

The audit found a lack of documentation for many transactions had made it difficult to determine where union money had gone.

Meanwhile, Mr Abbott said a shovel left on Ms Jackson’s doorstep was Labor’s payback for her speaking out on the Thomson affair.

A shovel was left on Ms Jackson’s doorstep in the early hours of Friday and is now the subject of a police investigation.

Mr Abbott said Labor had not done enough to stand up for Ms Jackson.

“This is someone who has stood up for what is right and for her trouble she is subject to the most vicious form of payback inside the Labor Party,” he told the Tasmanian Liberal Party state conference in Hobart on Saturday.

“We had a filthy shovel left on her front door yesterday, a sign of just what she can expect from her union Labor Party colleagues.

“We didn’t see a shred of sympathy, not a shred of solidarity between the prime minister and Kathy Jackson of the Health Services Union.”

When asked about the missing financial records, Trade Minister Craig Emerson said he couldn’t comment on the accuracy or otherwise of documents.

“This is a matter for the investigators at Fair Work Australia,” Dr Emerson told reporters in Canberra on Saturday.

“The Liberal Party does not understand the basic notion of the presumption of innocence. They are quick to rush to judgment.”

“Well, in respect of that behaviour, it is totally unacceptable behaviour. It should be condemned and people should not behave in that sort of way,” he said.

Meanwhile, Mr Thomson said he has travel documents and witness statements which prove he didn’t use a union credit card to pay for prostitutes, Channel Ten reported on Saturday.

None of the documents referred to by Mr Thompson is publicly available.