The wane but rise of the fourth estate

THE HARD WORD | Australia's media industry has been handed some massive shake-ups in the last fortnight - what with the Fairfax cuts and the News Corp split - but how will this affect our media landscape? 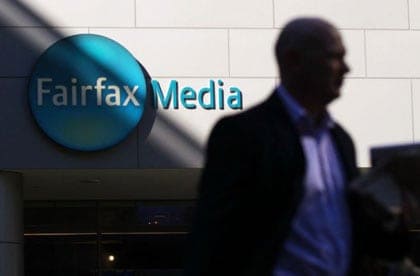 IT was undoubtedly a devastating blow to Australia’s ever-shrinking media industry.

One of our country’s oldest newspaper groups, Fairfax Media, announcing major job cuts in Melbourne and Sydney. 1900 jobs will be cut over three years, up to 20% in editorial, and will force the Sydney Morning Herald and the Melbourne Age to change from a broadsheet to tabloid-size by next year.

A partial pay wall will be introduced on both titles next year, while the company’s main printing presses in Sydney and Melbourne will be closed by 2014.

“No one should be in any doubt that we are operating in very challenging times,” wailed Fairfax chief executive and managing director, Greg Hywood.

“Readers’ behaviours have changed and will not change back. As a result we are taking decisive action to fundamentally change the way we do business.”

The federal communications minister, Stephen Conroy, offered this in response: “The internet will continue its march and sectors that were profitable previously are going to continue to struggle as the internet cannibalises different parts of the economy… It’s not something you can stop, it’s something that will continue.”

Hardly inspiring stuff from a minister who recently announced the Government will revisit media ownership laws, with implications for diversity and independence.

The total readership of the SMH and The Age has increased from 5.5m to 7.2m in the past five years. The problem is that 77% of those readers are online.

When I say problem, I don’t literally mean it’s a ‘problem’ as such, because online readership has opened up our industry to all sorts of new and exciting avenues. And while the game has changed, Fairfax journalist’s concerns about a lowering of editorial standards due to consistent staff cuts is a valid point.

The Hard Word has written previously about concerns that the Australian public are being robbed of an informed global debate about world news, but this is more than that.

Despite laws set out in the Broadcasting Services Act 1992 Australia has one of the highest concentrations of media ownership in the world. Ownership of the country’s national newspapers is restricted to two media corporations, News Corporation and John Fairfax Holdings. Together they represent a staggering 90% of newspaper readership, of which around 70% belongs to the Murdoch press.

Surely an environment where just two corporations control 90% of the media (in a democracy) is unsustainable.

Compare this to the UK. Rupert Murdoch owns The Sun, The Times and Sunday Times and 39% of satellite network BSkyB. Daily Mail and General Trust own The Daily Mail and Mail on Sunday, and a number of other nationals, as well as a large proportion of regional media. Multi-millionaire English businessman Richard Desmond owns the Daily Express and Daily Star amongst others while Russian oligarch Alexander Lebedev owns the Evening Standard and The Independent. And The Guardian is part of the Guardian Media Group, owned by The Scott Trust Limited.

And that’s just newspapers. There’s also one of the worlds pre-eminent public service broadcasters in the BBC, largely funded by licence fees.

While many of the UK newspapers operate at a loss year after year, the level of investment from individuals, companies and corporations is remarkable. It allows for one of the most competitive and demanding press industries in the world, and we the consumers are the beneficiaries.

Perhaps in Australia, foreign ownership is the answer. Perhaps not. Why can’t wealthy owners within our fair shores form some type of trust, similar to the Scott Trust which prospered here for so many decades. Why can’t there be more choice for Australian consumers? Surely there is demand for more than just a single national newspaper. Surely?

And more importantly, Australia’s consumers deserve more than this.