The moral of the story is clear: New Zealanders do not have to like being called Australian, but that does not make anyone who calls you one a racist. 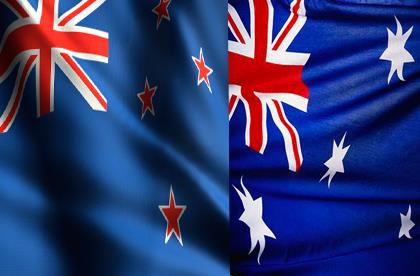 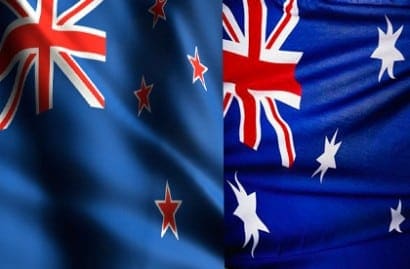 LIKE all media organisations, Australian Times has a firm commitment to reporting the news impartially and fairly. It is not often that a newspaper like ours finds itself at the centre of controversy as it has this week. Our open letter to the Lord Chancellor, Christopher Grayling, regarding the racial abuse conviction of Petra Mills has been met with a firestorm of debate from Australians, New Zealanders and British people alike and has been covered extensively in the New Zealand media.

For those that may have missed the letter that sparked this controversy, following a neighbourhood dispute New Zealand-born Chelsea O’Reilly was called a “fat stupid Australian” by Czech-born Petra Mills. The case was brought to Macclesfield magistrates’ court where Mills was found guilty of racial abuse and fined £110 for her troubles.

The case posed the difficult question of what actually constituted a racial slur. Ms Mills erroneously described her neighbour as an ‘Australian’, but is that enough to constitute the serious crime of racial hatred? If I was offended by someone mistakenly abusing me and calling me an ‘American’, would I be able to prosecute them for racial hatred? How is being Australian even a ‘race’ to begin with?

Australian Times published an open letter asking the Lord Chancellor to consider the logic and common sense of this judicial decision. It was intended to be a little bit tongue in cheek, and mostly satirical, however the appeal for common sense expressed in the text of the letter were genuine.

We did not expect the global response that came as a result of this letter. Journalist Kieran Campbell used excerpts of our open letter in an article for The New Zealand Herald that has since been shared on social media sites almost 1000 times. I was approached to speak from the Australian perspective on top-rated New Zealand radio program Morning Report. It appeared that, rather than making an impact in the Office of the Lord Chancellor, it had touched a nerve far away in the land of the long white cloud.

The response to our open letter and appeal for common sense has fallen roughly along the lines of nationality. Australians have responded to the article by reaffirming their pride in their country, and have registered their opposition to the term ‘Australian’ being considered insulting in any way possible. The British have generally seen it as an affront to logic and yet another example of the nanny state stripping away every last vestige of free speech.

The most significant and impassioned response, however, has come from New Zealanders. It makes sense to some degree: the original story was an issue of a Kiwi being ‘slurred’ by being called an Australian. Alas, it seems that the sense of détente and camaraderie that is presumed to exist between Kiwis and Aussies when we coexist in the UK has evaporated in a flash.

The New Zealanders that have responded to this issue have provided arguments supporting the court’s decision that all share a somewhat unsettling trend: they claim that it is racial abuse to be called an Australian because we are perceived as “a criminal, bigot or some drunken yob low-life”.

Now, I think I speak for a lot of Australians when I say that I wasn’t aware that the feelings others held against our nation were so strong. A bit of friendly banter? Sure. But to be so bad that it would be considered a slur? One respondent to our open letter, Clara St Kilda, even claimed that “it’s no less acceptable to call someone the n* word than it is to call someone an Australian”. Anyone who knows the history and violent antipathy associated with ‘the n* word’ will agree that this is a bold statement, and indication that there is serious hostility lingering beneath the surface of trans-Tasman relations.

Another New Zealander living in the UK, Ian Goldsmith, believes that “the only reason New Zealanders get teased for (being Australian) is because it’s pretty well common knowledge that it works” as an effective tease. That poses the question: just because a person may feel miffed at having their nationality misidentified, is that enough to label another person a racist?

The fact is that Petra Mills abused New Zealander Chelsea O’Reilly. She called her fat and stupid, and those were words that were intended to hurt Ms O’Reilly’s feelings. Was her use of the term ‘Australian’ a form of racial abuse? Let us consider for a second that it might have been. This would imply that the Czech-born British woman living in the north of England knew the inherent dynamics of the trans-Tasman relationship and manipulated this lingering antipathy (that I did not even know existed) in order to inflict emotional abuse.

I think the moral of the story is clear: you do not have to like being called Australian. That does not make anyone who calls you one a racist.