The joke’s on NOTW … and me

Just days after the News of the World phone hacking scandal hit the headlines, I started to become the butt of jokes.

by Shannon Crane
in News 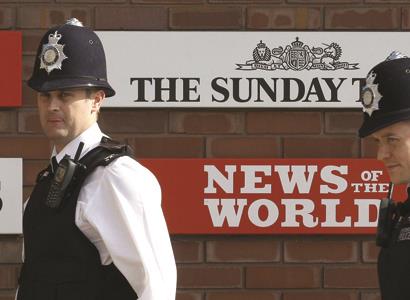 Just days after the News of the World phone hacking scandal hit the headlines, I started to become the butt of jokes.

“Where’s my phone?!” a friend asked me, before having a good old giggle at his one-liner.

As a journalist, it was bound to happen. In fact, I’m surprised the light-hearted jests didn’t start sooner.

The alleged phone hackers at News of the World (NOTW) are certainly not helping the already poor reputations of journalists the world over.

The profession is already among the most hated, somewhere between car salesmen, estate agents and politicians.

So please, don’t tar us all with the same unethical brush as those who hack into phones, rummage through bins and steal medical records for the sake of a story.

Like many journalists, I watched with anger and disgust as the details of the whole scandal came to light.

In my career, albeit short, I have never heard of journalists taking part in such unacceptable behaviour.

That being said, the issue has more than likely left some unethical reporters with a guilty conscience.

Because if journalists at NOTW have been getting away with it for so long, who’s to say others aren’t doing the same.

The widespread interest in the phone hacking scandal has put the issue of media ethics out there for public scrutiny, and that can only be a good thing.

As I write this, NOTW has been killed off, the former editor Andy Coulson has been arrested and David Cameron has advised Rupert Murdoch to clean up his ‘mess’ before reconsidering News International’s bid for BSkyB.

And this, thankfully, is only the beginning of the story, which will hopefully serve as a warning to other heartless, immoral reporters.

So, for the sake of my career and that of all the other honest, hardworking journalists, I urge everyone to keep the jokes and the criticism coming.

It’s the best of way of keeping us honest.