Margaret Thatcher wasn’t a great conviction politician but rather someone incapable of empathising with the poor, lawyer Geoffrey Robertson says. 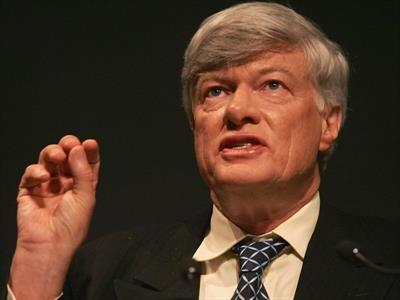 AUSTRALIAN human rights lawyer Geoffrey Robertson says it is wrong to eulogise Margaret Thatcher as a conviction politician because her beliefs have since proven to be “half-baked”.

Instead, the London-based barrister, who lived through the Thatcher era, says her real legacy is that she was Britain’s first female prime minister.

“In retrospect the greatest thing about her was that she was a woman,” Mr Robertson told AAP.

Mr Robertson said her political beliefs had proven to be “half-baked and hand-rammed”.

She believed letting the market rip could produce happiness for all, he said.

“And it hasn’t. Her idea of light-touch regulation led to the banking crisis and so many other crises.”

The Australian lawyer said the 1980s were a period of “unalloyed greed” and Lady Thatcher had been incapable of empathising with the poor and disadvantaged.

Mr Robertson on Monday also criticised Lady Thatcher for drinking whiskey with former Chilean dictator Augusto Pinochet when he visited the UK in the 1990s.

But she did do some good on the international stage, he admitted.

She rightly took Mikhail Gorbachev seriously while the Falklands war led to the overthrow of the “barbaric” military government in Argentina.

Mr Robertson also acknowledged she was right to take on the union power and arrogance that had destroyed the previous Labour government.

Australian Liberals Abroad UK president Jason Groves on Monday described Lady Thatcher as “one of the great transformative leaders of our time”.

Mr Groves said the former British PM influenced the conservative side of politics in Australia and around the world.

Former Liberal prime minister John Howard was similar to Lady Thatcher in that both were conviction politicians, he told AAP.

“They both changed profoundly the countries they governed,” he said.

“The UK changed out of sight under Margaret Thatcher and likewise John Howard took what was an economy with good fundamentals and put it in the position where it was able to ride out the greatest global financial crisis since the great depression.”

“There’s no sympathy from me for what she did to our community,” he said.

“She destroyed our community, our villages and our people.”

But Mr Groves said while some miners suffered under Lady Thatcher’s 11-year rule, many of the communities had been transformed because of the way she’d revitalised the British economy.

Australian Peter Tatchell, a leading gay rights activist in the UK, said Lady Thatcher was an extraordinary woman “but mostly for the wrong reasons”.

“She mocked the right to be gay.”

Section 28, since repealed, banned local authorities from promoting homosexuality in any way.

Mr Tatchell said while Lady Thatcher shattered the sexist glass ceiling in politics she did little for the rights of women.

“A macho right-winger,” he said in another Tweet. – AAP