Terry Clark and the ‘Mr Asia’ syndicate: the 30 year legacy

30 years have passed since the notorious head of Australia’s ‘Mr Asia’ drug smuggling syndicate was found dead in his Isle of Wight prison cell. However, the legacy of Terry Clark and his merry band of brothers, lives large in the collective memories of both Australia and the UK. 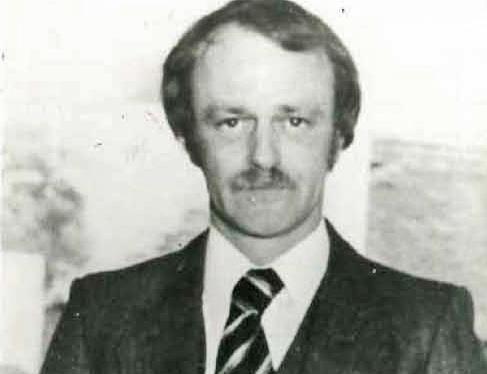 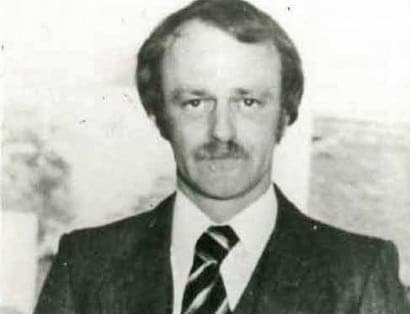 IT HAS been 30 years since Australia’s most notorious drug trafficking organisation finally collapsed under the combined weight of murder, betrayal and a whole lot of heroin. It did not end in an elaborate police operation in Sydney, or a hail of bullets in Melbourne. It ended in a lonely prison cell on the Isle of Wight, the result of “natural causes”.

Terrence John Clark died in HM Prison Parkhurst in August, 1983. The coroner’s report showed that he had suffered a major coronary incident: his heart had essentially exploded inside his chest. It had been two years since Clark had been found guilty of the murder of his business partner Marty Johnstone by a British court. The man that had revolutionised Australia’s criminal underworld had come to a relatively anonymous end, far away from the country that he had helped corrupt as one of the leaders of the Mr Asia syndicate.

The Mr Asia syndicate was born in a similarly obscure manner: when Marty Johnstone, Andy Maher and Peter Fulcher were introduced to Singaporean ship-hand “Chinese Jack” in 1973 they were little more than petty criminals. Their connection with Chinese Jack gave them the sudden ability to import large quantities of cannabis, turning them into major players in the New Zealand drug scene almost overnight.

Their rapid rise as drug barons brought Johnstone, Maher and Fulcher plenty of attention from other members of the Kiwi crime milieu: respected career criminals like safe-cracker ‘Diamond’ Jim Shepherd and aspiring villains like Terry Clark gravitated towards the new power in New Zealand’s underworld. What would become known as the ‘Mr Asia syndicate’ was born.

It did not take long for the syndicate’s operations to become too big to remain contained in the land of the long white cloud. While the organisation’s primary focus was on the importation of Thai Buddha sticks, associates like Terry Clark had been allowed to run small heroin importation business on the side. As a result of his growing interest in heroin, Clark had become a powerful figure within the Mr Asia syndicate. Spying an untapped market across the Tasman Sea, Clark and several other members of the syndicate moved to Australia in 1975.

Clark ruled the Australian drug world with an iron-fist, however the rising death toll of his empire began to attract the attention of honest police around the country. Clark was forced to flee Australia after the discovery of Doug and Isabel Wilson’s body in a shallow grave in 1979, by which time he was believed to have murdered twelve associates in a paranoid attempt to control his burgeoning empire.

Clark and right-hand man Diamond Jim Shepherd arrived in London determined to take over the UK drug market in the name of the Mr Asia syndicate. At this stage Clark had degenerated into a paranoid cocaine addict, jumping at shadows and determined that his closest associates were plotting against him. It was these paranoid delusions that led to his ultimate downfall, and the collapse of the entire Mr Asia syndicate.

Clark’s former business partner, Marty ‘Mr Asia’ Johnstone, had also suffered a drug-induced breakdown. The last domino to tumble occurred when Johnstone was cheated out of a major drug shipment in Thailand. Clark made the unilateral decision that his old friend had to go, and commissioned Johnstone’s best friend Andy Maher to do the deed when Johnstone came to address the situation with Clark in London.

Marty Johnstone’s mutilated corpse was discovered in a flooded quarry in north-west England, his hands chopped off and teeth smashed in. He was virtually unrecognisable, except for the iconic golden pendant that still hung around the neck of his corpse. It did not take long for a remorseful Andy Maher to admit to the murder when confronted by British police.

Clark was arrested in London on 31 October, 1979, and charged with the murder of Marty Johnstone. The Mr Asia syndicate collapsed: Johnstone was dead, Maher died in prison in 2011 and Clark’s heart exploded on the Isle of Wight four years after his arrest.

The true scale of the horrors committed by the Mr Asia syndicate may never be known. The murders committed by members of the organisation, the lives ruined by the heroin they imported and the witnesses forced to look over their shoulder for the rest of their natural life stand as testament to the impact that Terry Clark and the Mr Asia syndicate had on Australian crime. It all came to a grinding halt in the United Kingdom, with Clark’s last breath of freedom being exhaled in his Knightsbridge apartment.

The ‘Kiwi invasion’ of the London crime scene in 1970s was short-lived, however the United Kingdom plays a major role in the downfall of one of Australia’s most infamous criminal identities. This year marks the thirtieth anniversary of Clark’s death, yet the full story of the Mr Asia syndicate continues to unfold and the true horror of their criminal reign remains to be seen.