Seventy per cent of under 35s in Sydney will be excluded from the housing market, a UK housing expert says. 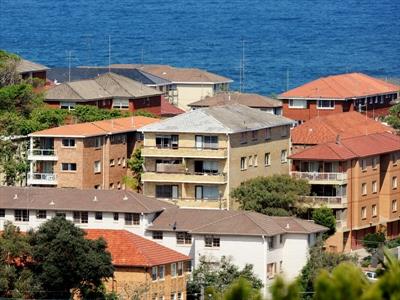 SEVENTY per cent of under 35s in Sydney will be excluded from the housing market, a UK housing expert says.

The figure makes up part of a new report, Homes for All, which found that Sydney’s housing market is in crisis, with only half of the supply needed to meet demand.

“Seventy per cent of 35-year-olds and younger cannot afford to buy any kind of home at this point in time, on average,” Dr Williams told AAP.

“At the same time we find 22 per cent of Australians own 55 per cent of residential development.”

The Homes for All report is an action plan released by the McKell Institute, a new independent body that aims to develop policy ideas and encourage public debate.

It recommends that negative gearing and untaxed capital gains be reconsidered by the government in an effort to drive down house pricing for first-time buyers.

“We’ve been giving more and more money effectively to people who are in homes,” he said.

“We’re squeezing younger people out but at the same time we seem to be enabling people to buy two, three and four.”

“We’re way off, tens of thousands behind. No wonder there’s a pressure on prices,” he said.

He said that about 30 years ago it took three times the median salary to buy a house in Sydney, whereas it now took nine times.

This is a higher ratio than London or New York, the report said.

“We’re constraining supply, and shovelling up demand to people who already have money, and making it more difficult for their children to access home ownership,” he said.

“No wonder people are staying home at 28, they can’t afford to rent, let alone buy.”

Dr Williams blamed a lack of supply in Sydney mainly on poor planning processes by the government, making it difficult to get planning approval for new developments.

He said compared to other cities such as Melbourne and Perth, Sydney was producing less than half the number of homes per 10,000 people.

“Rents in Sydney are rising four times faster than inflation,” Dr Williams said in the report.

“The squeezed middle which used to be able to afford to buy now has to rent, pushing lower income renters to find the fewer remaining cheaper lettings and again further out of Sydney to places with the fewest jobs.”

This adds to pressure on public housing waiting lists, with not enough money to house those is need – “let alone build enough new stock”.

Is Dr Williams right? Does Sydney (and other parts of Australia) need to seriously correct housing prices? Comment below: