Delivering a budget surplus is certainly possible, a federal Labor MP says as the latest Newspoll shows Labor winning back support in an election year. 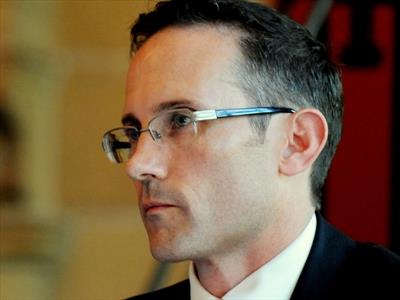 DELIVERING a budget surplus is certainly possible, a federal Labor MP says as the latest Newspoll shows Labor winning back support in an election year.

Soaring iron ore prices have raised the possibility of a return to the black in 2012/13, a prospect regarded as unlikely by Treasurer Wayne Swan in December.

Forecasters from Deutsche Bank expect the price to be almost double the September mark within weeks.

Labor backbencher Andrew Leigh, a former economist, says lower commodity prices and an unusually high Australian dollar has knocked $20 billion off the government’s projected revenues in the past year.

But achieving a surplus was “certainly possible”.

“The treasurer last year didn’t rule out a surplus, just said that one was looking unlikely given what’s happened to revenues,” he told Sky News on Monday.

Dr Leigh said if the Gillard government enjoyed the same tax-to-GDP ratio as the Howard government it would easily be achieving a surplus this year.

Labor has recorded a jump in support shows the first Newspoll of 2013 published in The Australian newspaper, although the resurgence appears to have come at a cost to the Greens and the Coalition.

Labor’s support has risen six points to 38 per cent while the Coalition has dropped just two points to 44 per cent since the previous poll in December.

The Greens retreated two points to nine per cent as did the amalgamation of other smaller parties.

Despite the big recovery in its primary vote there were only marginal changes in personal satisfaction ratings for Julia Gillard as prime minister.

The Coalition retains a slender lead on a two-party-preferred basis, 51 to 49 per cent, but has lost three percentage points to return to the neck-and-neck position that produced a hung parliament at the 2010 election.

Opposition frontbencher Mitch Fifield said it was “complete garbage” to say revenue write-downs were the sole reason for the continuing deficit.

Finance Minister Penny Wong said economists from across the spectrum had roundly agreed the government made the right call in not pursuing more spending cuts to achieve a surplus.

“But unsurprisingly, the government has been subjected to some criticism for this decision,” she wrote on The Drum website.

Adding to the government’s revenue problems is the lack of mining tax receipts.

The tax failed to raise any revenue in its first quarter of operation.

Dr Leigh said it was “the very nature of the beast” that revenues from a profits-based tax would be volatile.

Senator Fifield said the coalition would still abolish the tax should it win government.

“Even though so far it looks as though the mining companies haven’t had to pay significant amounts of tax … there still has been the damage to the economy on the issue of sovereign risk.”

However, with the release of the latest figures, the coalition may have a more difficult fight to gain power than was predicted in 2012.

The Australian said the shift comes as Ms Gillard vows to press ahead with school funding and disability insurance reforms after Treasurer Wayne Swan dropped Labor’s promise to deliver a budget surplus this year.

While Opposition Leader Tony Abbott has been on leave or working with his volunteer fire brigade north of Sydney, Ms Gillard toured bushfire-affected areas and announced a royal commission into child sexual abuse. – AAP