Australia House last night played host to the London launch of the rebranding of South Australia in a gala event attended by prominent Australians in the UK, Aussie expats and South Australian UK supporters. 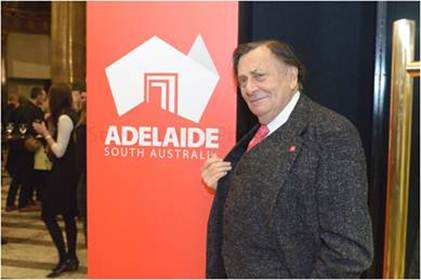 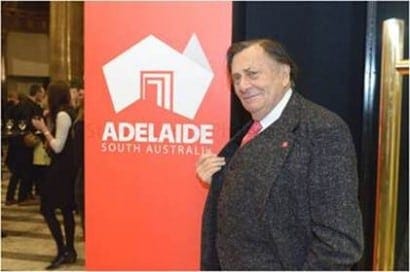 AUSTRALIA House last night played host to the London launch of the rebranding of South Australia in a gala event attended by prominent Australians in the UK, Aussie expats and South Australian UK supporters.

“South Australia had an overseas identity crisis,” he told attendees.

However, he also said rebranding South Australia as “middle bottom” of Australia didn’t sound quite right and the then premier Mike Rann had rejected his initial suggestion of occupying the Northern Territory in order to rebrand as “central Australia”.

Instead, the South Australian government is promoting the state as the gateway to the rest of the nation, providing opportunities for international customers to access business, culture and industry in the area.

The logo features a red map of Australia with South Australia depicted as an open door in ochre colours.

Mr Muirhead said the new brand would be an improvement on the previous “brilliant blend” brand, which should have read “brilliant bland”.

Launched in Adelaide last month, the brand is intended to achieve two things.

“First, it says where we are”, said Mr Muirhead.

“Second, it says we are an open door to Australia.”

The $1.3 million branding exercise is the first step towards putting South Australia on the international map, and businesses and other organisations are being encouraged to use their design in product pitches to international customers.

Mr Muirhead said the logo was a way to “celebrate the fact that our doors are open for them to enjoy it with us.”