The 2DAY FM radio DJs linked to the death of the British nurse Jacintha Saldanha are “playing dumb”, according to a source from Sydney station 2DAY FM reported in SMH online. 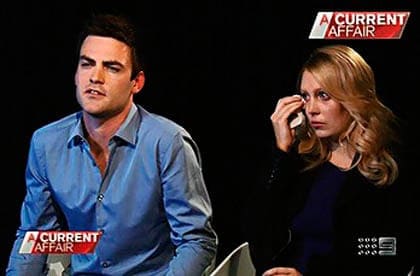 THE 2DAY FM radio DJs linked to the death of the British nurse Jacintha Saldanha are “playing dumb”, according to a source from Sydney station 2DAY FM reported in SMH online.

The SMH article reports that the source claims the DJ duo had been trained “not to air any prank calls without permission”. This claim contradicts interviews recently given by Michael Christian and Mel Grieg to Today Tonight and A Current Affair where they said they were not responsible for the decision to broadcast calls.

The source has told SMH that 2DAY FM runs “decency and standards” training every six months, following a ruling from the industry watchdog, the Australian Communications and Media Authority.

Run by the station’s in house lawyer, it apparently includes the specific instruction “not to air prank calls unless they get the subject’s permission … if there is doubt about a prank call, there is a clear chain of command in management that we have to escalate the call through”.

In their interview with A Current Affair, Grieg had told host Tracy Grimshaw that it was not up to them to make the decision to air a prank call.

“We just record it and then it goes to the other departments to work it out. I don’t know what they then do with it. We just do what we do which is make those calls.”

The source was further quoted in SMH as saying: “I find it hard to believe that if you scored the scoop of the year in entertainment radio, you’d be so flippant as to not be aware of the approval process. You’d be asking questions every step of the way because you’d be trying to get it approved as quickly as possible. You’re hardly going to sit back and wait.

The source added, “I do feel sorry for them, though. I think they’re taking the fall for the whole thing. There are senior people above them who would have approved this and so far, none of them have admitted their involvement.”

It is the latest in a series of scandals for station 2DayFM, including a notorious incident in 2009 involving shock-jock Kyle Sandilands in which a 14-year-old was led to reveal on air that she’d been raped.

This led to ACMA’s finding that the station had breached standards of decency, with the watchdog ordering the station to implement a staff training program.

However it did not prevent Kyle Sandilands becoming embroiled in a further incident this year, in which he called a female journalist a “fat slag” and threatened to “hunt her down” following her reporting on the falling ratings of his TV show.

ACMA once again investigated and found the remarks to be grossly demeaning and a breach of commercial codes. The station was prohibited at that time from broadcasting any content that “offends generally accepted standards of decency”.

SMH quotes the source as saying in relation to the prank call: “We’re told that if we have any concerns about taste or decency, we have to take it up through the levels of management,” the source said. “First, we have to take it to the content director, Derek Bargwanna, then to the legal team and the station manager, Jeremy Simpson.”

The hospital has denied being contacted by 2Day FM and the station has not released phone records to prove the calls were made.