The Victorian government wants a national strategy on solariums, including banning their importation and manufacture, after joining NSW and South Australia in outlawing the commercial use of sunbeds. 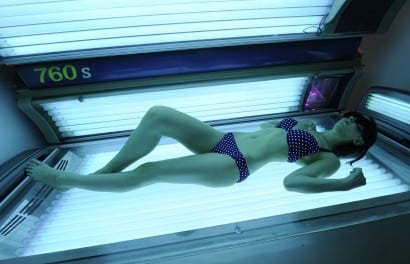 THE Victorian government wants a national strategy on solariums, including banning their importation and manufacture, after joining NSW and South Australia in outlawing the commercial use of sunbeds.

Premier Ted Baillieu announced on Thursday that commercial solariums will be banned in Victoria from December 31, 2014, as part of the government’s new skin cancer prevention framework.

“The days for solariums in Victoria are numbered,” he said.

“Along with banning commercial solariums in Victoria, we will also seek to work with the commonwealth and states on a national approach on solarium that could include a ban on the importation and manufacturing of sunbeds.”

South Australia and NSW have already announced a ban on sunbeds from the same date, while Queensland’s Health Minister Lawrence Springborg is indicating the state could join the move.

Most Australian states moved to ban minors from using tanning beds and increased industry regulation, in response to the campaign of Melbourne woman Clare Oliver, who died of melanoma in 2007 aged 26.

Mr Baillieu said one in six melanomas could be prevented if commercial solaria are closed, with 40,000 cases of skin cancer detected in Victoria in 2010 and 297 melanoma deaths that year.

Health Minister David Davis said melanoma risk increases by 87 per cent in young people who begin using tanning beds before the age of 35.

He said the skin cancer prevention framework would help the early detection and treatment of the disease.

Cancer Council Victoria chief executive Todd Harper said the ban was historic and operators should shut down their solariums now.

Mr Harper said up to 280 cases of melanoma diagnosed in Victoria each year were directly attributable to tanning beds and the cancer-causing machines have no place in the community.

“These solariums are dangerous; they’re unnecessary; they’re outdated and irrefutably linked to cancer,” he said.

Victorian Greens MP Colleen Hartland, who brought an upper house motion earlier this year for the ban, welcomed the move but warned a sunbed buyback scheme is necessary to prevent dangerous in-home use.

“Upon announcement of the ban (in NSW), solarium operators flooded the online market with sunbeds,” she said.

“Anyone can then buy a powerful sunbed and operate it in-house with absolutely no supervision or know-how.”

The Victorian government says compensation will not be given to affected businesses. – AAP