Smuggling bill ‘would catch only pawns’

A federal government bill to deter people smuggling would snare only boat crew members and not the organisers of the illegal trade, a Senate inquiry has heard. 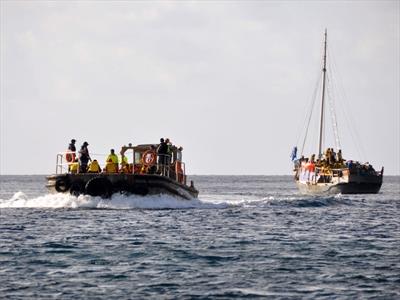 A FEDERAL government bill to deter people smuggling would snare only boat crew members and not the organisers of the illegal trade, a Senate inquiry has heard.

Castan Centre for Human Rights Law director Sarah Joseph told the inquiry into the Deterring People Smuggling Bill on Friday the boat crew “pawns” affected would likely be ignorant of the new legislation.

The legislation would amend the Migration Act to clarify the meaning of the words “no lawful right to come to Australia” contained in the people smuggling offences in the act.

It would also make it illegal for people to bring in anyone without a valid visa.

“It’s most likely to catch the pawns of people smugglers, many of whom will be completely unaware of the law,” Professor Joseph told the committee on Friday.

She said it had been drafted to scuttle a case before the Victorian Court of Appeal where legal aid lawyers were arguing that passengers who arrived in Australia by boat had a legal right to seek asylum.

“This legislation sets a dangerous precedent, it doesn’t stop people smuggling, and it targets young boys as the scapegoats for Julia Gillard’s rhetoric on getting tough with people smugglers,” Ms Hanson-Young told reporters in Canberra.

The bill, if successful, would be retrospective and apply to cases back to 1999.

“These offences apply both to organisers at a very high level of culpability and to the crew who might have a lesser culpability,” he told the inquiry.

But Ms Hanson-Young said most of the accused in people-smuggling cases were poor Indonesian fishermen who had been misled and tricked when recruited to board the boats with asylum seekers and steer them to Australia.

Victorian Legal Aid criminal law services director Saul Holt told the inquiry the thrust of the proposed legislation, to give the perception of keeping pressure on people smugglers, was an “worthy” objective.

But there was a cost in using the legislation, he said.

“The cost of it in real human terms are young men with no criminal culpability being held in Australian prisons for three to five years, and their communities back at home being deprived of breadwinners over that period of time,” Mr Holt said.

He said 347 of the 353 people prosecuted in Australia had been crew members, while the rest were organisers.

The Senate committee is due to report its findings by 21 November.