Treasurer Wayne Swan says single-minded austerity is hurting Europe, while infighting in the US Congress is holding back its country. 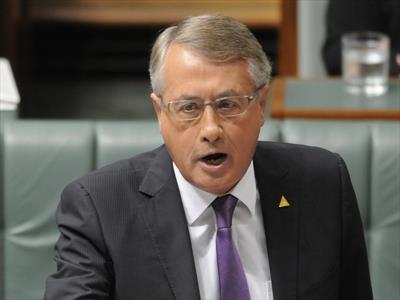 POLITICIANS on both sides of the Atlantic continue to “drag the chain” in doing the right thing for economic growth and jobs, Treasurer Wayne Swan has warned.

The treasurer told a conference on Wednesday that Cyprus has become the latest pressure point for Europe, while infighting in the US Congress is holding back its country.

“While Europe has made some progress on politically difficult structural reforms like forging a banking union, single-minded austerity is hurting growth and we continue to see flare-ups,” Mr Swan told the ADC Leadership Forum in Canberra.

While this puts the Mediterranean island’s entire EU-IMF bailout plan into question, it would have hit depositors, potentially further undermining confidence in some European banks.

“I’ve said 2013 would be a better year globally if policymakers did the right thing for growth and jobs, but the political class on both sides of the Atlantic continue to drag the chain,” Mr Swan said.

At the same time, the US Congress needs to avoid a highly-disruptive scheduled government shutdown on 27 March, which would damage the economy.

In contrast, China and Japan have changed policy direction over recent months, choosing to support growth in the face of ongoing global challenges.

Chinese growth has consolidated at a more sustainable level, while Japan has moved to support growth through policy stimulus.

He said Australia was one of the strongest economies in the developed world.

“We were one of few advanced economies to avoid recession during the GFC and this has been a critical foundation for growth since, in addition to three decades of micro reform,” Mr Swan said. – AAP