Australian-raised singer Peter Andre will address an audience at one of Britain's most prestigious academic societies, the Oxford Union. 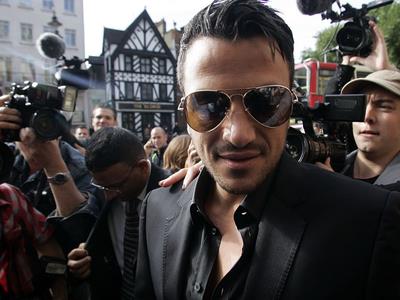 AUSTRALIAN-raised singer Peter Andre will address an audience at one of Britain’s most prestigious academic societies, the Oxford Union.

The 38-year-old, who had hits with singles ‘Mysterious Girl’ and ‘Flava’, is due to address members at the institution just outside London on Tuesday.

The Union – which prides itself with a tradition for attracting speakers from the world of politics, sport, business and the arts – has previously heard from greats including Winston Churchill, Mother Teresa, Richard Nixon, Jimmy Carter, Ronald Reagan and Albert Einstein.

“We want inspirational figures from the celebrity world who can offer an insight into their career,” Union spokesman Mark Greaves told British newspaper The Sun when asked of Andre’s appearance.

“He is one in a line of a wide range of speakers.

“We are definitely not dumbing down, we are just trying to reflect the 21st century and will keep inviting important people.

“Celebrity culture is here to stay.”

Former prime minister John Howard was forced to withdraw from a speaking engagement at the Union in 2011. – AAP