The 2DAY FM DJ’s implicated in the death of the London nurse who transferred their hoax call are unlikely to face charges over the incident. 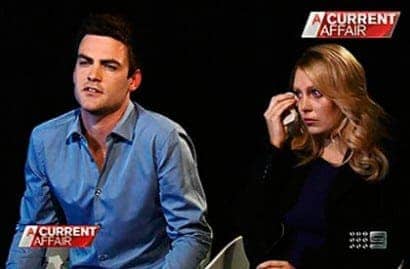 THE 2DAY FM DJ’s implicated in the death of the London nurse who transferred their hoax call are unlikely to face charges over the incident.

NSW Police Deputy Commissioner Nick Kaldas has confirmed there has been no further contact from the London Met in the past three weeks regarding possible legal proceedings against the DJs Mel Greig and Michael Christian.

He has said he considers it unlikely there will be any further action.

“We’ve had no contact with the London Met,” he said.

Mr Kaldas said Scotland Yard had not asked for any further information or requested to interview the two DJs.

Scotland Yard first made contact with NSW police in the weeks following Jacintha Saldanha’s suicide on December 7 through an Australian Federal Police liaison.

Mr Kaldas said the initial contact between the forces was just to “touch base”, and not to commence proceedings.

The DJs have remained off air from their show on 2DAY FM since the death of Ms Saldanha. In one of the suicide notes the nurse reportedly referred to the hoax call from the duo, in which the pair impersonated the Queen and Prince Charles and received details about the Duchess of Cambridge’s medical condition.

The duo were criticised following Ms Saldhana’s death, and calls were made in British media for the pair to be charged over the call.

Fairfax has reported that Scotland Yard has also been in contact with the Crown Prosecution Service “as to whether any criminal offences had been committed in relation to the hoax call made to King Edward VII’s Hospital in the early hours of Tuesday, December 4”.