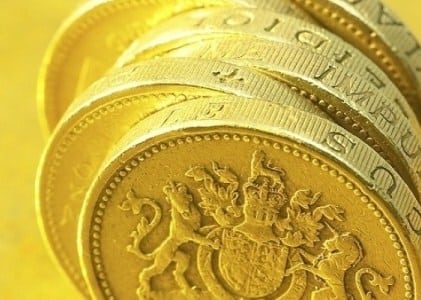 The USD traded marginally higher against all of its major counterparts aside from GBP and JPY on Thursday with risk aversion remaining a dominant theme in an otherwise pretty directionless market.

Safe haven flows sent the greenback higher but disappointing economic data from the U.S. stifled excessive gains in the currency with initial jobless claims data coming in at 359k versus analyst expectations of 355k. As expected we also saw the second revision of U.S. Q4 GDP come in unrevised at 3.0%. Sterling was firm against the USD on the day, continuing to be buffeted by M&A chatter.

The resilience of the pound on Thursday was at odds with yet more soft economic releases from the U.K. with a fall in Nationwide house price and mortgage approvals data, which sent cable to its lunchtime low of 1.5860 but from then on the pair rallied back towards 1.5950 as risky FX caught a bid as U.S. equities bounced. GBP/USD has continued its move higher overnight as it chewed through well documented offers in the 1.6000 region to touch a high of 1.6032.

We have no economic releases from the U.K. today but we have Chicago PMI and University of Michigan confidence numbers to look forward to from the U.S. later on this afternoon. That being said we expect flows (especially those related to quarter end portfolio rebalancing) to continue to dominate any effects of economic releases today, especially in cable which opens this morning at 1.6004.

The 17-nation currency started the day on a weak footing on Thursday as investor concerns regarding sovereign debt contagion weighed down on the unit, and despite German unemployment numbers coming in better than expected the single currency was sold as Eurozone industrial confidence and business climate numbers printed softly.

We did see a pretty successful Italian 10-year bond auction yesterday morning with the nation’s borrowing costs falling to their lowest levels since August 2011, but worrying scenes from the Spanish general strike saw Spanish, Italian, and Portuguese yields drive sharply higher as the day wore on. With a move higher in U.S stocks and better risk sentiment EUR/USD bounced off its lows late on Thursday as investors focused on prospects that European finance ministers will reach an agreement to increase the region’s sovereign debt firewall.

EUR/GBP tracked the early move down in EUR/USD on Thursday as weakness in the single currency prevailed but sterling strength also played a part in the move down to 0.8333 (1.2000) as M&A chatter prevailed. The Eurogroup meeting in Copenhagen will continue to draw market focus today with the usual headline roulette likely to set the tone for the single currency but a more powerful driver of price action today is likely to be month and quarter end flows. GBP/EUR opens this morning at 1.1974.

The AUD and NZD ended Thursday lower against the USD and traded with an offered tone for the majority of day as risk sentiment remained tepid and investor confidence in the global growth story waned.

The vulnerability of the “two speed” Australian economy has been at the forefront of investors minds this week and Thursday was no different as AUD/USD touched a 6 week low of 1.0304, although the pair did bounce higher later in the day as risk sentiment improved going into the close.

Gains in the sterling/antipodean crosses continued on Thursday with the pound capitalising on the prevailing weakness in the higher yielding currencies as GBP/AUD rallied to a high of 1.5417 and GBP/NZD touched a high of 1.9574. Overnight we have seen Australian new home sales print firmly and this has led to support for AUD/USD above 1.0400. Month and quarter end flows are set to dominate the currency markets today and as usual the high beta AUD and NZD will take their cue from market risk sentiment.

GBP: No data due