Sam Woodhead, who was found by Australian search and rescue staff on Friday after going missing last Tuesday, has sold the media rights to his story. 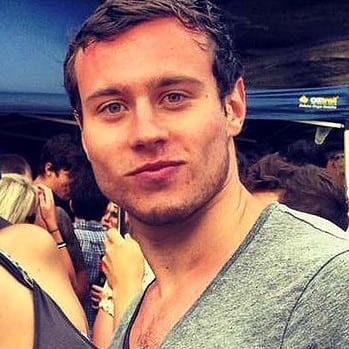 THE BRITISH backpacker, who went missing in the Queensland desert last week and sparked a three-day search, will donate the profits from a media deal to Australian search and rescue staff.

Sam Woodhead went missing after becoming disorientated, following a run on Tuesday afternoon near where he had been working on Upshot Station, 130 km south west of Longreach.

The 18-year-old was found by search and rescue staff on Friday, sunburnt and severely dehydrated.

Rescue staff found him less than 5.5 kilometres from that station, having endured days of 40-degree heat, and being forced to drink his own urine.

Mr Woodhead read a statement yesterday thanking everyone who helped in the rescue efforts.

“If it wasn’t for them I wouldn’t be here today,” he said.

“It was just a really amazing feeling to be picked up and realise I was going to make it through.”

Helicopters, planes, SES volunteers and police had all been called in to search for Mr Woodhead, with two SES members being treated for heat stroke during the search.

He was unable to take any questions during the interview due to the exclusive deal he had signed with The Daily Mail.

Mr Woodhead has said all profits from the story will be donated to Australian search and rescue staff.

The Daily Mail has reported that he made a SOS sign out of his clothes to try and signal rescuers and was circled by dingoes during the evening where he slept.

Mr Woodhead plans to stay on in Australia despite the ordeal and is hoping to hike up the Himalayas in Asia.