Independent MPs have not ruled out voting with the coalition to sack Speaker Peter Slipper when federal parliament resumes next week, potentially triggering another political crisis for the Labor government. 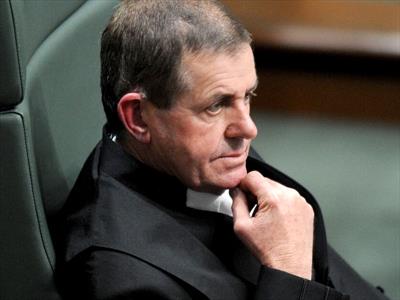 INDEPENDENT MPs have not ruled out voting with the coalition to sack Speaker Peter Slipper when federal parliament resumes next week, potentially triggering another political crisis for the Labor government.

The Speaker plans to make a statement to parliament when it sits on Tuesday afternoon for the budget sessions, before handing over to his deputy, Labor MP Anna Burke, until the legal matters are resolved.

Leader of opposition business Christopher Pyne has not confirmed whether the coalition will move a motion of no confidence or censure in the Speaker.

But Mr Pyne said this week that “technically we could move a no-confidence motion on anybody we wanted to” and added that the coalition would do “whatever is necessary to restore confidence in the parliament and in the government”.

Independent Rob Oakeshott told AAP on Thursday his support for Mr Slipper continuing as Speaker depends on how the parliamentary chair could “command authority” in the house next week.

“I expect him to make a statement and then not see him again until he gets the all-clear,” he said.

Asked what “all-clear” meant, Mr Oakeshott said: “A point where the issues of substance are addressed to a point where there is confidence from his peers to continue in a position of privilege amongst his peers.

“It does not necessarily have to be ticked off in a court.

“But the air of uncertainty of who is right and who is wrong must be clarified to a point where his peers have confidence in his ability in command authority in the house.”

The coalition would need 76 votes to suspend parliament’s standing orders and bring on a vote against Mr Slipper.

But only a simple majority would be needed if parliament’s multi-party selection committee, which meets on Tuesday evening, agrees to put the motion on the notice paper for later in the week.

With WA Nationals MP Tony Crook deciding this weekend whether to move from the crossbenches to sit with the coalition, Opposition Leader Tony Abbott could find himself with 72 MPs to Labor’s 71, with five independents and one Greens MP.

The coalition would need four extra votes for a successful no confidence vote in Mr Slipper.

Independent MP Andrew Wilkie said he saw no reason why he would support a no confidence motion in Mr Slipper “at this point in time”.

But he added: “I don’t know what next week holds. I approach everything on its merits now and I make no promises about the future.”

Mr Slipper has yet to decide whether his official procession – in which the Speaker dons ceremonial garb and walks slowly through the halls of parliament led by the Sergeant-at-Arms bearing the mace – will go ahead on Tuesday before the sitting.

A spokesman said Mr Slipper wanted to consult colleagues on Monday before deciding.

But, while announcing a landmark review of defence policy, she said her focus was “doing what is right for the nation”. – AAP