Tom Mockridge will replace Rebekah Brooks as News International's new chief executive immediately. The New Zealander is the man who has been handed the poison chalice of dragging Rupert Murdoch's empire back from the brink. 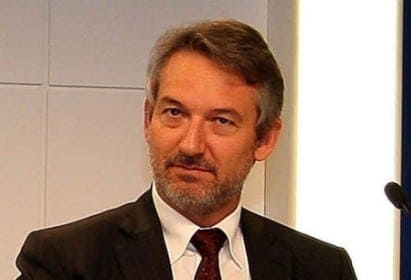 TOM MOCKRIDGE is the man with the unenviable job of rescuing News International.

The 59-year-old New Zealander, who had been running Sky Italia – Sky TV’s Italian television news operations, replaces  Rebekah Brooks after she resigned from her position as News International chief executive earlier today in the light of the phone hacking scandal.

Mockridge cut his teeth in the early 1980s working for Fairfax in Australia,  ironically, Rupert Murdoch’s largest Aussie newspaper rivals. After a stint as a bureau reporter in Canberra for the Sydney Morning Herald, he then became an adviser to the then treasurer, Paul Keating.

He soon made his way into the News Limited fold and rose rapidly through the ranks, soon becoming chief executive of Australia’s pay-tv provider Foxtel.

Since then he has worked closely with James Murdoch, Rupert’s son and chairman of News Corporation – the body which owns News International and News Limited.

Mockridge rose to fame in Italy after taking on Italian Prime Minister Silvio Berlusconi’s Mediaset television organisation and is a proven fighter, in and out of the boardroom.

Whether he will have the tenacity or the nous to save News International from one of the biggest media scandals of recent times remains to be seen, but with Brooks gone, the Murdoch’s are certainly trying to take a step in the right direction.