Allegations that News Ltd pursues an anti-Labor agenda are absolutely right and its domination of the Australian media is not democratically viable, an inquiry into the media has been told. 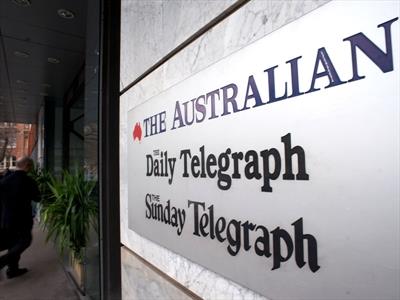 ALLEGATIONS that News Ltd pursues an anti-Labor agenda are absolutely right and its domination of the Australian media is not democratically viable, an inquiry into the media has been told.

Dr Martin Hirst, associate professor of journalism at Deakin University, told the independent inquiry he was “blown away” by newspaper coverage of federal politics, particularly in News Ltd’s national broadsheet, The Australian.

“It seems to me the people that are arguing there is an anti-Labor bias … are absolutely right,” he told the inquiry’s first public hearing in Melbourne on Tuesday.

“Every story about federal politics is slanting in a way that’s against (the government).

“If they can find a way of attacking (Prime Minister) Julia Gillard … they will do so.”

Dr Hirst said opinions presented in the Australian media were predominantly centre-right views, and the media often made excuses for questionable behaviour by claiming it was in the public interest.

Robert Manne, professor in politics at La Trobe University, said it was not democratically viable for Rupert Murdoch’s News Ltd to own 70 per cent of the Australian print media, calling the situation “laughable”.

“It is my opinion that the 70 per cent should be broken up,” Prof Manne said.

“I don’t regard it as defensible that one corporation owns 70 per cent of the statewide and national newspaper circulation.

“I don’t think there’s any democratic country in the world with a similar profile of newspaper ownership.”

Prof Manne said he had been a victim of the Melbourne Herald Sun columnist Andrew Bolt in 188 articles over several years, attracting thousands of reader comments which were malicious and defamatory.

He expressed frustration that victims of defamatory or inaccurate comments had no right of reply in the publication in which they were attacked, saying he had given up trying to defend himself through the News Ltd paper’s letters pages because his letters were never published.

The fear of being victimised in newspapers was frightening people into silence, he said.

He said independence was less important than diversity in the media.

“I don’t have any objection if Rupert Murdoch wants to have papers reflecting his world view,” he said.

“I just want there to be a lot of other papers reflecting different world views.

“I do think the relationship between government and citizens is mediated to a very large extent by the media.

“The most important parts of that media are still the papers and what they influence, radio and television, and that still forms the picture of the world for most citizens.”

Eric Beecher, publisher of commentary website Crikey, called for discipline in the media, saying self-regulation was not working.

“There is enormous competition for stories, for scoops .. as a result of that competition and to some extent, fuelled by the growing commercial pressures, sometimes we overstep the mark.”

He said government funding of the media through an independent body was not ideal but it was required as the current print media business model was in the process of unravelling.

The inquiry, established in response to the UK phone-hacking scandal and chaired by former federal court judge Ray Finkelstein QC, will report to the government in February.