National Australia Bank may be able to offload its beleaguered UK banking division amid reports that Spain’s Santander could make an offer. 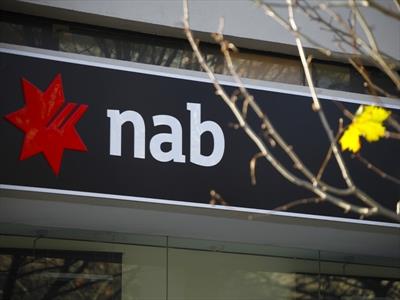 NATIONAL Australia Bank may be able to finally offload its troubled British banking division amid speculation that Spanish giant Santander is considering making a STG2 billion ($A3.04 billion) offer.

London’s Sunday Times has reported that Santander was considering a bid but had not made an offer for NAB’s loss-making Clydesdale and Yorkshire banks, which mainly serve Scotland and northern England.

It is understood that Santander has not been in contact with NAB about the matter.

The paper said Santander had been considering the move after talks to buy a network of 316 branches from the Royal Bank of Scotland collapsed last October.

A NAB spokeswoman said the bank did not comment on market speculation.

But investors appeared pleased by the prospect of NAB finally ridding itself of its troubled British banks, pushing its shares up 47 cents to $26.82 by 1320 AEDT.

CLSA banking analyst Brian Johnson said NAB should contemplate an offer from Santander, but without any details it was difficult to say whether the bank should accept it.

However, he said, the market would react positively to NAB offloading its beleaguered UK banks.

“But I suppose the major point is that even if that deal doesn’t eventuate, I think what they are doing in the UK is quite sensible, in any case.

“I think the market would welcome them exiting it, but it really comes down to the price they get.”

Clydesdale and Yorkshire made a STG139 million ($A210.99 million) loss for the year to September, due to a weak British economy and poor quality, small business and real estate loans.

In April, NAB said it would cut 1,400 jobs as it restructured its UK business.

It also transferred Clydesdale’s real estate loans, worth STG6 billion ($A9.11 billion), to an NAB branch in London. – AAP