Australian businesses are among the more than one dozen News Corporation boards from which chief executive Rupert Murdoch has resigned. 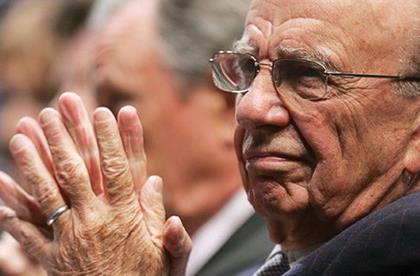 Australian businesses are among the more than one dozen News Corporation boards from which chief executive Rupert Murdoch has resigned.

The move has raised speculation about whether Mr Murdoch is preparing to distance himself – or even sell – his newspaper group.

The company told staff in Britain and revealed in UK regulatory filings over the weekend that its boss had last week resigned as a director of News Corp subsidiary boards in Britain, the US, Australia and India.

News Corp did not say Mr Murdoch had resigned as a director of its leading Australian titles, such as The Australian, The Herald Sun and The Daily Telegraph.

It does mean that the 81-year-old media baron is no longer a director of the companies behind iconic British newspapers The Sun, The Times and The Sunday Times, a News International spokeswoman said.

The resignations follow a turbulent period for the Murdochs, in which the family’s role in British media has been damaged by the phone-hacking scandal, amid arrests and the closure of the flagship News of The World tabloid.

“Last week Mr Murdoch stepped down from a number of boards, many of them small subsidiary boards, both in the UK and US,” a spokeswoman for News Corp’s British publishing arm, News International, said on Saturday.

Mr Murdoch has said he would be chairman of both companies, with analysts divided on whether he will sell down his stake in newspapers under shareholder pressure.

The board resignations will raise anxiety among staff at the company’s Australian arm, News Ltd, which is the nation’s biggest newspaper publisher.

Mr Murdoch’s latest moves were revealed in an email to News International newspaper staff and cited by British media.

It played down the development as “no more than a corporate house-cleaning exercise … part of the preparation of the business for the upcoming restructure into two companies”.

The memo said Mr Murdoch remained fully committed as chairman of what would “become the largest newspaper and digital group in the world”.

Media analyst Claire Enders told Britain’s The Telegraph that Mr Murdoch and his son James’s earlier resignations came because they were no longer welcome in the UK and their departure would be “complete and permanent”.

Mr Murdoch has not commented yet, even on his favoured social media, Twitter.