Mining tax should be scrapped: coalition 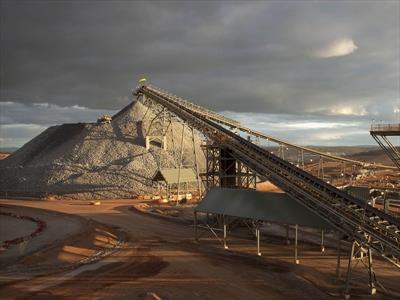 THE FEDERAL opposition doubts new revenue projections for Labor’s mining tax, after an independent body said it would raise just $800 million in its first year.

The Parliamentary Budget Office (PBO) projection for the Mineral Resource Rent Tax (MRRT) is less than half the $2 billion Treasury predicted it would generate in 2012/13, after the impost produced just $126 million in its first six months.

The Australian Greens want the government to raise the tax rate to 40 per cent, from 30 per cent, plug loopholes and expand it to all minerals, rather than just iron ore and coal.

But shadow assistant treasurer Mathias Cormann said the tax should be “scrapped not expanded”.

“The last thing we need is for a bad, value-destroying tax to be expanded to other parts of the mining industry, which are already confronting significant challenges without it,” he said in a statement on Monday.

“It is highly questionable whether the MRRT will raise even the much-reduced $800 million revised revenue estimate for this financial year.”

The softer forecast puts another dent in Mr Swan’s revenues, which are already under pressure from the high Australian dollar and lower company tax takings, ahead of the May 14 budget.

“The treasurer will update all forecasts on budget night in the usual way,” Mr Swan’s spokeswoman told AAP.

Trade Minister Craig Emerson said that because the MRRT was a profits-based tax, “when profits are high the MRRT is going to collect a good share of those”.

“When they are lower they obviously going to adjust,” he told ABC radio.

Greens Leader Christian Milne said it was hard to believe the government had been through the political pain to implement the tax for so little reward.

The major parties should stand up to big miners and make the changes.

“Yes, we can expect them (the miners) to run a campaign, but look how much they have pocketed and look how little they are paying,” she told ABC radio.

Minerals Council of Australia chief Mitch Hooke wasn’t surprised by the PBO estimates because of the impact of the high dollar and lower commodity prices.

“As for the Greens’ position, well I’m getting a bit jack of this,” he told ABC radio.

“You can’t get tax out of profits if the profits aren’t there.”

A Senate economics committee report into the mining tax will be released at 4.30pm (AEST) on Monday. – AAP