Migrants, citizenship and a fairer way for naturalisation

Speaking in London, a leading academic has slammed the Australian government’s use of modern citizenship tests for naturalisation of migrants and demanded a dramatic overhaul of the process. 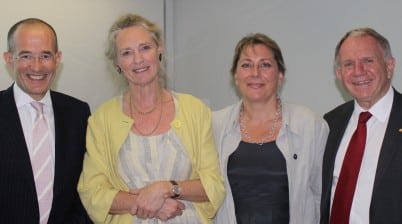 A leading academic has slammed the Australian government’s use of modern citizenship tests for naturalisation of migrants and demanded a dramatic overhaul of the process.

“These tests are positioned as providing some sort of insurance that new citizens are adaptable to the country’s culture, and also understand the language. However, our research suggests that ultimately the knowledge tested represents a very narrow view of local communities, cultures and societies,” Professor Slade said.

Professor Slade is the co-author of From Migrant to Citizen: Testing Language, Testing Culture, a book that canvasses the views of leading linguists, lawyers, historians and philosophers, and reveals the format and types of questions asked on modern tests are ‘not fit for their purpose’.

“I think most of us think this sort of test is not much use,” Professor Slade told Australian Times.

She argued that citizenship tests that assess applicants’ knowledge on historical figures such as Don Bradman and so-called national icons are irrelevant and outdated.

“Asking people to fill in some sort of form is not the way to find out whether they are going to be good citizens or integrate well. As citizenship tests become increasingly popular, it is important to interrogate their real effectiveness and meaning.”

Professor Slade is the current Dean of Arts and Social Sciences at London’s City University and former Dean of Macquarie Uni in Sydney. She believes the testing process is a necessary part of the naturalisation process but said some changes were definitely needed.

“If we are going to put people through tests, let’s get the measures right.

“The Adult Migrant Education Program had a fantastic record in the 70s and 80s.

“What I would do is go back to a program like that one where helping migrants speak good English was the focus.

“The current test, as it stands is not the right thing.”

The modern citizenship test was introduced in 2007 but was widely criticised the next year when it was revealed that that more than 20 percent of applicants failed the test on their first attempt.

In 2009, changes to the citizenship test came into effect and, under the new rules, a mark of 75 percent is required to pass. It is still a mandatory part of the Australian citizenship application.

Professor Slade disputed the argument that changes to the testing process would ‘open the floodgates’ for boatloads of refugees to swamp Australia’s shores.

“I am not convinced about the evidence that suggests we’re getting many more people coming because of liberal issues on border protection,” she said.

“That’s an empirical argument and we need the facts.

“Let us be quite clear about how many are coming by illegitimate routes.

“I think where right-wing political commentators fail badly is they haven’t understood that in our modern, cosmopolitan world, all of our cultures are mixed, varied and hybrid and the current testing process simply does not reflect all of this.

“We are all part of this space and rarefying, having an image of a world that is somehow closed and not changeable is really dangerous.”