KEITH URBAN, Prime Minister Julia Gillard and Croc Dundee are personalities you might not expect to see sharing the same stage. 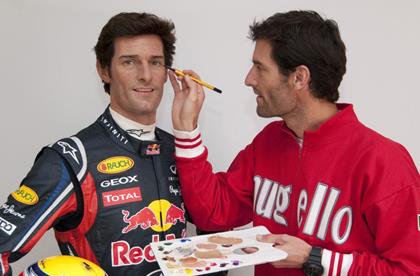 KEITH URBAN, Prime Minister Julia Gillard and Croc Dundee are personalities you might not expect to see sharing the same stage.

But at Madame Tussauds wax museum – which opened in Sydney on Monday – anything can happen.

The world renowned attraction has been given an Australian make-over and has set-up shop in Darling Harbour.

Guy Pearce, who graduated from Ramsay Street to Hollywood Boulevard with films such as LA Confidential and Memento, has been immortalised as his most famous Australian role in marabou feathers and hot pink eyeshadow.

Pearce’s Felicia Jollygoodfellow, from The Adventures of Priscilla, Queen of the Dessert, is joined by other Aussie icons such as Mick Dundee (Paul Hogan) and the late actor Heath Ledger – who was awarded a posthumous Oscar – in the museum’s film room.

Next door is an Australian television room devoted to stars of the small screen.

On Monday, Ian Smith, better known as Harold Bishop from Neighbours, came face to face his wax alter-ego for the launch.

Smith said it was unnerving standing next to such a lifelike recreation of himself, but insisted, “I’m not as fat as that.”

“I feel like my friends, I’ve stood next to me,” Smith said.

“I told my wife Gail when I drop off the perch she can take this home.”

Also in the television room is Dame Edna Everage, Bert Newtown and a colourfully-dressed Rolf Harris who donated original clothing and a wobble board to the artists.

Other stars donated original items that are included with their figures.

Layne Beachley’s wax model is dressed in bathers worn by the surfer.

The wax Delta Goodrem and Miranda Kerr have second-hand donated dresses that previously appeared on stage.

And the Jimmy Barnes that was chiselled from wax wears leather trousers that the real life Barnes performed in at ANZ stadium in 2009.