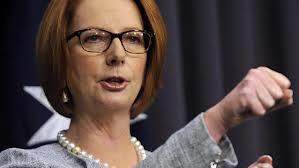 PRIME Minister Julia Gillard has confirmed the government has given up on its remaining proposals for media reform, billed by media organisations as an attack on free speech.

The government did succeed in getting two, uncontroversial media law reform bills through parliament.

Ms Gillard said those bills allowed a rebate of TV license fees, recognising the changing economics of free-to-air TV, expanded mandates for ABC and SBS and set obligations for use of Australian content.

“On the other bills, I have indicated that they were over at the end of last week. That is the government’s position,” she told reporters.

Ms Gillard said the government tried but failed to get them through the parliament and that was the end of those four bills.

“As for any further statements on media policy, you should not expect them to be in the form of the bills before the parliament last week,” she said. – AAP