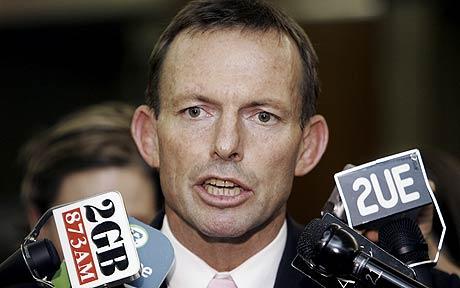 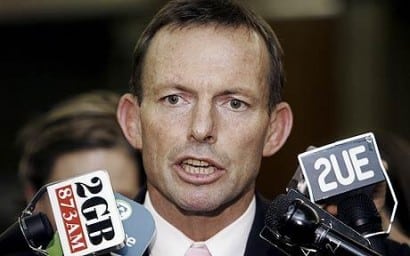 “I think the Labor brand has become toxic and the only way for the Labor Party to recover is to have a good long hard look at itself, to rediscover what it believes in, what it stands for, who it represents and also to regain a bit of political integrity,” Mr Abbott told Sky News.

The Liberal leader said that same political integrity was lacking in the Gillard government.

“It is a disaster for the Labor Party because it does indicate that governments which are all about spin, which don’t deliver for the Australian people, they lose elections.

“And they don’t just lose them narrowly. They lose them in a landslide.”

He denied that his comments during the campaign that the Queensland election would be a referendum on the carbon tax went too far.

“I think that the carbon tax was an issue. It certainly wasn’t the only issue,” he said.

“Certainly, there were two candidates for the leadership of Queensland, one of the them, Anna Bligh, strongly identified with the carbon tax, another Campbell Newman who was going to fight the carbon tax.”

Mr Abbott said the success of Katter’s Australian Party which has won at least two seats in the Queensland parliament, does not have federal implications.

“A lot of disillusioned Labor people who couldn’t quite bring themselves to vote for the Liberal National Party and didn’t want to vote Green, more conservative Labor people if you like, parked their vote with the Katter Party,” he said.

“But I think that was more a function of state factors than of anything we’re likely to see at the next federal poll.” – AAP