A furore has erupted over an article by Australian philosophers in the British Medical Journal justifying 'after-birth abortion'. 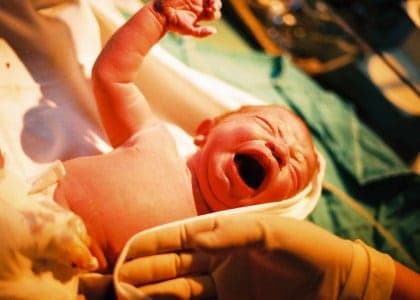 AUSTRALIAN philosophers’ claims that killing newborn babies is morally equivalent to abortion, have been met with outrage.

In an article for the British Medical Journal, Alberto Giubilini, from Monash University, and Francesca Minerva, from the University of Melbourne, claim that newborns are just as unable to comprehend their own lives as a foetus would be. They are both only “potential people”, and so mothers should have the same right to claim their life.

Drs Giubilini and Minerva state that a third of infants with Down’s syndrome are only diagnosed post-natally, and that mothers should have a right to end the child’s life in what they call “after-birth abortion”, just as well as before.

They argue that newborns and foetuses are equally unharmed by missing out on a life they cannot conceptualise, and therefore killing a newborn should be morally equivalent to killing a foetus.

The Australian philosophers have received death threats in response to their controversial article, but editor of the British Medical Journal, Julian Savulescu, has defended their work. Mr Savulescu has said that the writers’ intention was only to provide a “well reasoned argument”, not to express personal opinions or moral truths.

He said: ”What is disturbing is not the arguments in this paper nor its publication in an ethics journal. It is the hostile, abusive, threatening responses that it has elicited … Proper academic discussion and freedom are under threat.”