Latest news about the Royal prank call by Australian DJs to pregnant Kate Middleton's hospital and the resulting apparent suicide of a nurse. 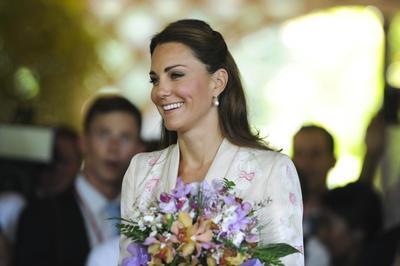 REPORT on 06 DEC 2012, 10:20: THE Australian DJs who made the prank call to the hospital where the pregnant Kate Middleton is receiving treatment have apologised but the controversy rages on.

Mel Greig and Michael Christian from 2Day FM posed as the Queen and Prince Charles during the phone call to King Edward VII Hospital on Tuesday evening (AEDT) and were put through to a nurse who gave an update on the Duchess’s condition.

They have since apologised, saying they were surprised the call was put through. The prank call was pre-recorded and vetted by lawyers before being broadcast to listeners in Sydney.

“2Day FM sincerely apologises for any inconvenience caused by the inquiries to Kate’s hospital,” a station spokeswoman said.

Audio: Listen to the full prank phone call to the hospital treating the pregnant Kate Middleton, made by Australian radio hosts

However, a legal expert told British tabloid The Sun: “It would be open to the Attorney General to consider the possibility of a prosecution for treason.”

According to the popular UK daily, the crime of treason has been on the books since the reign of Henry IV and extends to citizens of Commonwealth countries including Australia. Apparently the penalty for high treason is death, although a life sentence is more likely, The Sun asserts.

Meanwhile, the Australian communications regulator has received complaints about a hoax call made by the 2Day FM radio hosts to the London private hospital where Prince William’s pregnant wife Catherine is being treated for acute morning sickness.

The Australian Communications and Media Authority (ACMA) has advised complainants to approach the station’s owners first.

“If a complainant is dissatisfied with the response, then a complaint can be made to the ACMA,” it said in a statement on Thursday.

IMAGE: Kate Middleton, Duchess of Cambridge, who is pregnant and currently in a London hospital suffering from acute morning sickness. (AAP Image/Lukas Coch)