POLL POSITION | Is Julian Assange a journalist, or a rabble-rousing activist? That depends on who you ask.

by Kate Ausburn
in News 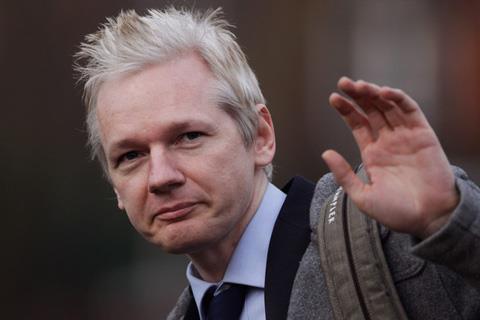 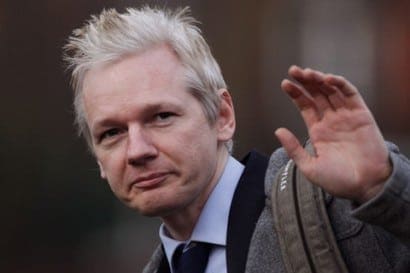 IS Julian Assange a journalist, or a rabble-rousing activist?  That depends on who you ask.

Assange says he’s a journalist. And Australia’s most prestigious journalistic awards, the Walkleys, honoured his organisation’s contribution to the field in the annual ceremony held last Sunday in Brisbane.

WikiLeaks picked up the Walkley award for ‘most outstanding contribution to journalism’.

Contributing to the ongoing debate over Assange’s legitimacy as a journalist is his activist like demeanour.

Assange accepted the award via video link from England. And though his speech was only around six minutes long, after a long night of awards it felt rather reminiscent of Rob Oakeshott’s impressively tedious 17 minute job in announcing support for the ALP at the 2010 ‘no-one’s-a-winner’ Australian federal election.

Understandingly fed up, Assange spoke out against the financial blockade imposed on his organisation, the witch-hunt from various international intelligence and media organisations and the condemnation from governments the world-over. This kind of overt display of politics and rage has many a journalist keen to distance him from their kind.

Assange’s fury was focused primarily on Prime Minister Julia Gillard, who from the outset denounced WikiLeaks as irresponsible and ordered investigations (which ultimately failed to deliver any evidence of prosecutable behaviour by Wikileaks).

In accepting the Walkley, Assange acknowledged that the work of WikiLeaks resulted in “many powerful enemies”.

“We journalists are at our best when we share with activists and lawyers the goal of exposing illegality and wrong-doing – when we help to hold others to account,” he said.

Assange accused Gillard of “sucking up to power” and while his delivery of this sentiment was frank, in the least, it was difficult not to agree. One need only reflect upon Gillard’s performance hosting Barack Obama during his recent trip to Australia.

It is this loyalty to the US President and his government over Australian citizens that Assange finds particularly objectionable. “It is time Julia Gillard … started using the power she has to the benefit of the Australian people,” he said.

In closing, Assange remarked: “Australian journalists are courageous, the Australian people are supportive, but Julia Gillard is a cowardly Australian Prime Minister.”

Not that the PM would’ve noticed the criticism, she spent her evening at music’s night of night’s, inducting pop-star Kylie Minogue into the ARIA hall of fame.

But back to Assange, he doesn’t behave like most journalists. He is agenda driven and proud of that, and he is more than happy to spend an extended period berating the PM while most would save such rants for, well, retirement, if ever.

As with every other facet of the world of WikiLeaks and Assange, the decision of the Walkleys to bring him into the fold will continue to be debated.

In the meanwhile, Assange will go on with his work in the knowledge that regardless of the job title people are happy to award him, in the past year his organisation has offered more stories to traditional journalists than they would ever have hours to cover.

What do you think? Is Assange a journalist or an esteemed activist? Comment below: