Australia's principal federal political leaders have rejected Gina Rinehart's suggestion local wages are too high and are holding back the nation's competitiveness. 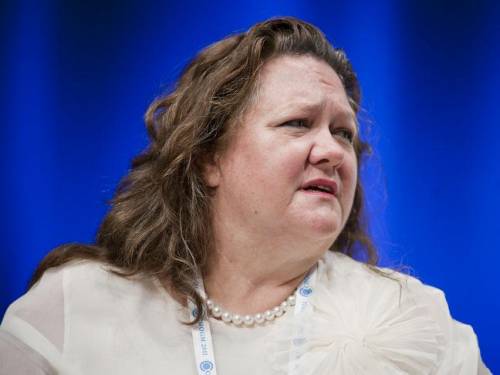 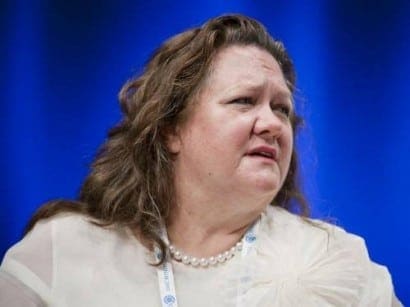 AUSTRALIA’S principal federal political leaders have rejected Gina Rinehart’s suggestion local wages are too high and are holding back the nation’s competitiveness.

The West Australian mining magnate and billionaire said in a video posted online that many of her peers believed Africa, where workers can be hired for less than $2 a day, offered better prospects for investment.

“Australia is indeed becoming too expensive and too uncompetitive to do export-orientated business,” Ms Rinehart says.

But Prime Minister Julia Gillard said Australia would always offer proper wages and decent working conditions, and had other advantages compared with places like Africa.

“It’s not the Australian way to toss people $2, to toss them a gold coin, and then ask them to work for a day,” Ms Gillard told reporters in Perth on Wednesday.

“Look what you’re getting – a wealthy woman who tells other people that they should drink less, smoke less, work harder, get paid less, failing to recall of course that her father left her millions to start with,” Senator Milne told reporters in Hobart.

“It is as if she thinks the whole country is there to be dug up, smashed and shipped away at slave labour rates.”

Ms Rinehart says in the video, which was posted on the Sydney Mining Club website, there’s incontrovertible data showing Australia is becoming less competitive, and that Labor’s mining and carbon taxes and too much business red tape is making the economy sluggish.

“What was too readily argued as the self-interested complaints of a greedy few is now becoming accepted as the truth and more ominously is showing up in incontrovertible data,” she says.

Ms Gillard said Ms Rinehart was a “well-known opponent” of the mining and carbon taxes but denied they were damaging investment in mining projects.

“We’re going to compete on our great mineral deposits, our application of technology and high skills to the task.”

“I don’t think that in this debate her views about cutting the minimum wage, about bringing in illegal workers, are ones that deserve the amount of publicity that they receive,” he said.

“There’s been a loud commentary from a few vested interests over a number of years about how we should create wealth and how we should distribute the benefits of the mining boom.

“The government remains absolutely determined that as we grow, we grow together, we don’t grow apart.” – AAP

Is Gina Rinehart right in her appraisal of Australia’s competitiveness? Or she being ‘greedy’ and ‘un-Australian’? Tell us below: