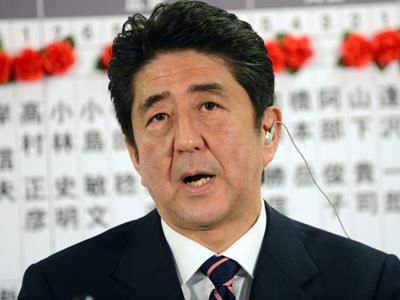 The 58-year-old, who served as prime minister in 2006-07, has vowed to reinvigorate the country’s listless economy and stand up to China in a dispute over the sovereignty of a small chain of islands in the East China Sea.

“I look forward to working with Mr Abe after he is sworn in to deepen and enhance our ties, including through completion of a high-quality and comprehensive free trade agreement,” she said in a statement on Monday.

Australia and Japan launched free-trade negotiations in April 2007 and since have held 16 rounds of negotiations.

Progress slowed to a crawl last year as Tokyo focused on recovering from the devastating March tsunami and the subsequent crisis at one of its nuclear power plants.

But two months ago Ms Gillard said she sensed renewed momentum in the talks and suggested a deal may now be only months from completion.

Japan is Australia’s second largest trading partner after China, with two-way trade more than doubling in the past 10 years to reach $75.6 billion in 2011-12.