A surprise bounce in retail sales and building approvals may reduce the likelihood of further interest rate cuts, economists say. 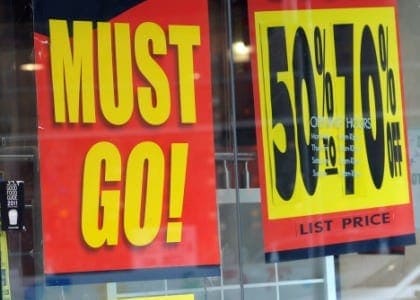 A surprise bounce in retail sales and building approvals may reduce the likelihood of further interest rate cuts, economists say.

Retail sales climbed 0.9 per cent in March, substantially higher than forecasts of an 0.2 per cent rise, data released by the Australian Bureau of Statistics on Monday showed.

For the first three months of the year, sales were up 1.8 per cent from the previous quarter, the biggest rise in three years.

Building approvals jumped 7.4 per cent for the same month, the ABS data showed, compared to expectations of a 3.0 per cent rise.

“In all, it tells us that the Australian economy is tracking at a fairly solid rate,” he said.

He said both sectors, which have struggled in recent times, would receive a further boost from last Tuesday’s official interest rate cut, suggesting things may continue to improve from here.

The Reserve Bank of Australia last week cut that cash rate by 50 basis points to 3.75 per cent, its lowest point in more than two years, citing slower than expected economic growth and weak inflation.

“These are the sectors, retail and housing, that are most interest rate sensitive, these are the parts of the economy that, when you get the effects of the RBA’s cut will see the most significant improvement,” Mr Bloxham said.

“So they are already looking like they are picking up and bit and they will get an extra fillip from that rate cut.”

Macquarie senior economist Brian Redican said the data reduced the likelihood of another rate cut in the next few months.

Many economists are forecasting at least one more rate cut this year.

“It certainly reduces the chances of a follow-up move by the Reserve Bank in the next couple of months,” Mr Redican said.

However, Mr Redican said pre-Easter sales may have accounted for some of the rise in the retail figures, while the building approvals data was notoriously volatile – February’s data showed a 7.8 per cent fall.

“I don’t think policy makers are going to be doing cartwheels in the street and saying its all up from here,” he said.

JP Morgan economist Ben Jarman said the release of the latest iPad in March may have also boosted retail sales but, on the whole, the figures painted a more positive picture.

“We don’t think this means that consumers are getting excited, it’s just a bit of stabilisation.”

“Overall, we think this data is showing us that things are a little bit more stable than the story that some of the bears are painting.” – AAP