Prime Minister Julia Gillard's push for an overhaul of schools funding has been boosted after key independents Tony Windsor and Rob Oakeshott backed the changes, despite ongoing opposition from Western Australia. 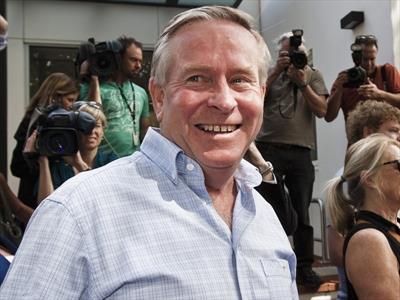 PRIME Minister Julia Gillard’s push for an overhaul of schools funding has been boosted after key independents Tony Windsor and Rob Oakeshott backed the changes, despite ongoing opposition from Western Australia.

State and territory leaders are mostly holding out on the $14.5 billion national package, although NSW appears to be closer to signing up by the federal government’s June 30 deadline.

Mr Windsor described the funding reforms as the biggest revolution in education in his lifetime and said he would back education act amendments in federal parliament, despite concerns some of the money will be taken from tertiary education.

Labor’s plan to cut $2.3 billion from universities has been described by the sector as “robbing Peter to pay Paul”.

But Mr Windsor said university funding was still on an “upward flight path” because the annual indexations surpassed Howard-era funding.

“I will be supportive of the government’s arrangements,” he told reporters in Canberra on Tuesday.

Fellow NSW MP Mr Oakeshott said he viewed the tertiary cuts as a budget measure separate to the schools reforms, and a “pretty soft blow” given the government’s tough fiscal position.

“If they (Labor) can reach agreement with the states sometime soon and the legislation is as everyone’s talking about, heck yeah, I’m in 100 per cent,” he said.

Under Labor’s plan, the states will get the top-up schools funding over six years if they stump up 35 per cent of the money, and commit to increasing education budgets by three per cent a year.

Western Australia and Queensland are the states most opposed to the changes, but Mr Windsor is hopeful NSW Premier Barry O’Farrell would show leadership by backing the schools funding deal.

Mr O’Farrell said his cabinet hadn’t yet been able to find the $1.7 billion need to pay NSW’s share of the reforms, ahead of Friday’s Council of Australian Governments (COAG) meeting in Canberra.

But the state Liberal government would keep working on the issue before the June 30 deadline.

“I don’t think it will take us that long,” Mr O’Farrell said, adding a decision would have to be made before the NSW budget release on June 18.

“I would hope that it can be made in the next couple of weeks to see whether or not that we are able to commit the dollars.”

WA Premier Colin Barnett continued his strident opposition to the reforms, accusing the federal government of “nothing short of a takeover bid” for state schools.

Speaking after meeting students at a school in outer Melbourne, Ms Gillard said she would continue to press the premiers for an agreement.

“We can work together at the Council of the Australian Governments meeting on Friday and, as we work around that table, put the interests of Australia’s children and Australia’s future first,” she told reporters. – AAP