A legislative amendment recently passed by the Australian government will allow it to claim any money from an inactive bank account which has not been used in three years. If you have not used your Australian bank account in more than three years this money will be transferred to government revenue on 31 May 2013. 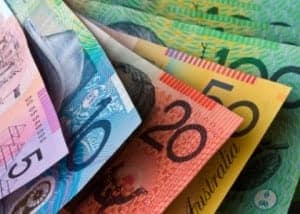 THE AUSTRALIAN government has amended the law relating to unclaimed money, allowing it to transfer funds from inactive bank accounts into their own revenues after a period of three years. Previously the length of time an account needed to be inactive before the government could take such action was seven years.

From 31 May 2013 bank accounts which contain funds from $1 upwards and have not had any deposits or withdrawals in the past three years will be transferred to the Australian Securities and Investment Commission (ASIC).

The move, described by commentators as a “cash grab”, is expected to raise $109 million this year alone. There is a reported $330 million of unclaimed money currently sitting in Australian bank accounts.

The government claims the change will make it easier for Australians to find their lost money. However Australian Bankers Association Chief Executive Steven MÃ¼nchenberg said there is no real benefit for consumers from the changes.

“The government has consistently argued that this Bill is for the benefit of consumers.  We support any reasonable measures to reunite customers with money they may hold in bank accounts, but this policy argument does not explain why this Bill has been pushed through with such haste,” said MÃ¼nchenberg.

Many believe the change has less to do with the needs of the customers and is more likely a desperate attempt by the government to raise revenue ahead of the budget, expected to hand down a $15 billion deficit.

Director of the Legal Rights Project at the Institute of Public Affairs Simon Breheny said “People should be able to leave money in bank accounts for as long as they wish without the fear that the government might come along and steal it from them. To do so is an arbitrary acquisition of property by the government.

“The changes could have a number of unintended consequences. Such a regime provides a disincentive to saving money with a bank and may encourage people to hide their money under the mattress and away from the hands of government.”

The anger of Australians over this legislation has been matched by experts who have warned this will have a negative impact on people who may have put money away in a special account for their children’s education or to save for their retirement, or for people who decided to put an inheritance in a separate account for a rainy day.

‘Moving overseas’ has been cited on an Australian government website as one of the common ways people lose track of money. Australians who have been living and working abroad for an extended period who have accounts in Australia but have not had a use for them in the past few years are at risk of losing their money.

If you want to check whether you have any money stashed away that you have forgotten about, or didn’t know you had, the government have an online search tool, which will allow you to check for free.