Former Australian defence force chief Angus Houston will head the board advising the government on the centenary of the Anzac landing at Gallipoli in four years time. 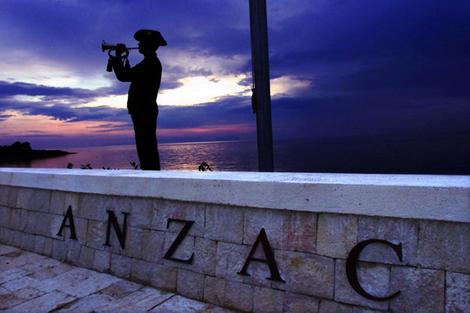 THE centenary of the Gallipoli landings, along with a barrage of other anniversaries, is set to be bigger than the 1988 bicentenary – and who better to guide it than former defence chief Angus Houston.

Air Chief Marshal Houston, who retired this week after an illustrious military career, will chair the new Anzac Centenary Advisory Board.

The board will advise the government on the planning and implementation of Anzac centenary events, including the outbreak of World War I in 1914, the Gallipoli landings in 1915, Armistice Day in 1918 and all the bloody battles of the Western Front in between.

But that’s not all. The period also includes 50th anniversaries of Australia’s war in Vietnam, including the 1966 Battle of Long Tan.

Veterans Affairs Minister Warren Snowdon said governments come and go but the board would remain, playing the central role in advising how best to commemorate events of 100 years ago.

The appointment of Air Chief Marshal Houston follows the release in March of the report of the Anzac centenary commission, whose members included former prime ministers Malcolm Fraser and Bob Hawke.

That suggested a wide range of commemorative events, including re-enactments of some pivotal events and creation of an Anzac Centre for the study of peace and conflict.

This won’t be just Australia’s show. Most other nations will also remember these momentous events in one way or another.

Mr Snowdon said this wasn’t just about 2015. Events would start in late 2014 with commemoration of the embarkation of troops bound for Europe and the naval battle between HMAS Sydney and the German raider Emden.

“There will be a range of other commemorative events which will have to be built in. This will be bigger than 1988 because it will be going over five years almost.”

Mr Snowdon said Air Chief Marshal Houston was an eminent Australian whose service to the nation was well known.

He said his role as chairman of the board would be crucial, setting the tone and direction for the whole period of commemoration.

The board, which is likely to hold its first meeting in September, will be supported by advisory groups with expertise in military history, culture, commemorations and business and community engagement.

Board members have yet to be named.

Air Chief Marshal Houston said it was vital to get these commemorations absolutely right.

“After all, it was on the shore of Gallipoli and the battlefields of western Europe where our nation was defined, where out nation was born,” he said.

“I relish the challenge in getting it right. Obviously this job is about engaging the community, engaging key people in our community to get the very best ideas as to how we commemorate that very important period of our history.”