by Alex Hartley
in News 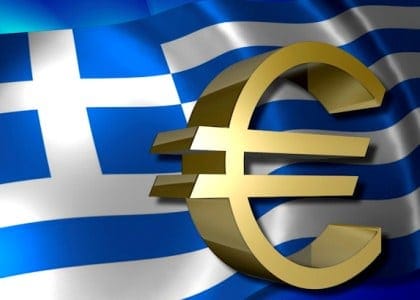 The Antipodean currencies suffered a choppy session versus the Greenback yesterday.

The build up to the Greek deal last night and then when the deal was done we saw risk improve and this helped the Aussie and Kiwi maintain gains made earlier this week against the US dollar.

Australian domestic data was once again the hindrance for the AUS and NZD as this week’s poor releases continued with trade balance figures showed a trade deficit in January. This is the first deficit in 11 months. AUD/USD not far off yesterday’s highs and opens at 1.0622. NZD/USD is currently at 0.8240.

Sterling sees no massive changes from recent movement against the Aussie and Kiwi dollars and opens at 1.4825 and 1.9107 respectively.

We saw no surprises from the UK releases Thursday as interest rates were kept on hold at 0.50 % and the asset purchase facility at 325 billion. Sterling was however sitting higher against the US Dollar from the off go and the pair made a push up to 1.5825. This was with eyes looking ahead at the Greek debt swap deal and the increasing participation helping risk appetite.

Investors came out of the US Dollar. The currency pair reached a high of 1.5830 when the deal was done overnight, but cable has come off since.

US Data yesterday saw jobless claims increase for a third straight month and had a play on GBP/USD movement, but movement today is likely to be by today’s US employment data – possibly with the Greek data remaining in the corner of the eye. GBP/USD opens this morning at 1.5787.

Heavy acceptance for the bond swap offer to private creditors avoids uncontrolled default – for now. This should now clear the way for the EU and international monetary fund to release the next tranche of bailout funding that was agreed to Greece last month.

In the run up to the news and after the financial markets rose strongly. Despite all the positivity, it is likely to be short lived as a bitter taste in the mouth remains with the deal still leaving Greece’s deep-seated problems unresolved.

The Euro pushed Sterling down to 1.1910 on the news and we arent far from this rate this morning. GBP/EUR opens at 1.1928. EUR/USD rose to a high of 1.3280, but has fallen back of this morning and opens at 1.3216. This is probably in part to do with the upcoming employment data being released in the US today.

NZD: No data due for release today