Prominent Australian politicians from both major political parties have today warned the international community should be taking the nuclear threat posed by North Korea “seriously”, as the Department of Defence reveals plans to evacuate 7000 Australian citizens from South Korea. 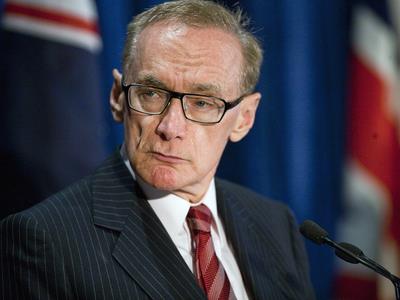 PROMINENT Australian politicians from both major political parties have today warned the international community should be taking the nuclear threat posed by North Korea “seriously”, in the wake of the rogue nation approving the use of nuclear weapons in “reckless operations” against American and South Korean targets in the Pacific region.

North Korea’s supreme military command today issued a statement claiming that preparation had been made to launch tactical nuclear strikes at American targets and that “the moment of explosion is approaching fast.”

While previous threats of this nature made by the North Korean government have amounted to little more than bluster, South Korean news agency Yonhap has reported that North Korea has begun moving long-range nuclear capable missiles into the Sea of Japan.

The Australian Department of Defence has revealed it is drawing up plans to evacuate Australian citizens currently living and holidaying in South Korea, which is predicted to be at a prominent target of any aggressive action taken by its northern neighbour.

There are currently more than 7000 Australians living South Korea, including a substantial number of young Australians there on a youth mobility visa scheme similar to that which exists in the United Kingdom.

The General Staff of the Korean People’s Army released a statement saying that American aggression in the region would be “smashed by… cutting-edge smaller, lighter and diversified nuclear strike means” and that “The merciless operation of (our) revolutionary armed forces in this regard has been finally examined and ratified… The US had better ponder over the prevailing grave situation.”

It is believed that the North Koreans intend to utilise a KN08 Musudan mid-range missile, with previous estimates suggesting a range of up to 4000 kilometres. This range would be insufficient to allow the missile to reach the American mainland, however poses a significant threat to American bases in South Korea and Japan.

A Defence report published in 2013 warned that North Korea’s missile system “could also theoretically target parts of Australia, but it is highly unlikely that North Korea would choose to do so.”

In December 2012 North Korea claimed that it had tested an experimental rocket with a range of over 10 000 kilometres, which would place the majority of population centres in Australia at risk of becoming targets for North Korean nuclear missiles.

Federal Opposition Leader Tony Abbott today described North Korea as the “ultimate rogue state” and encouraged Prime Minister Julia Gillard to exert pressure on China to rein in North Korea’s threatening behaviour during bilateral talks in Beijing later this week. Abbott said that “it is important the international community does what it can to hold back North Korea.”

Shadow Foreign Minister Julie Bishop said that the deterioration in relations between North Korea and its neighbours had become “increasingly dire” and that “the potential for escalation is obvious.” She also called on Australia’s Foreign Minister Bob Carr to take a more proactive approach in asserting Australia’s views on the regional instability.

Bishop said: “Senator Carr should clarify what he has in mind … there is currently no two way trade between North Korea and Australia so I’m not quite sure how further sanctions directly from Australia could be imposed. Kim Jong-un should be leading his nation on a path to peace, this is not in the interests of the North Korean people.”

Former Australian Prime Minister Kevin Rudd claimed that the developing threat posed by North Korea was “like a re-run of a bad 1930s movie”, telling students at Boston’s Harvard University that China did not need enemies “with friends like North Korea.” Rudd is currently on a speaking tour of the United States of America, giving presentations on the role of China in the international community.

North Korea’s announcement that it had begun mobilising its missile program came shortly after the American government announced that it is speeding up the deployment of an anti-ballistic missile defence system on the Pacific island of Guam as a means of protecting American interests in the region. The Pentagon said that the Terminal High Altitude Area Defense System “will strengthen defence capabilities for American citizens in the US territory of Guam and US forces stationed there.”