Julia Gillard will continue to be Australia’s Prime Minister after a day of high drama in Canberra which led to Gillard calling a vote to determine the leadership of the Australian Labor Party and perennial rival Kevin Rudd refusing to take the opportunity to put himself up as a candidate. 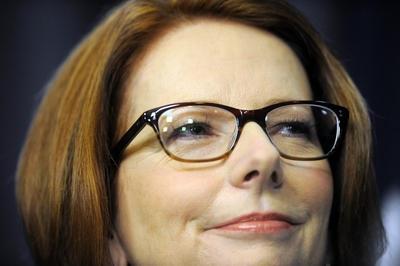 JULIA Gillard will continue to be Australia’s Prime Minister after a day of high drama in Canberra which led to Gillard calling a vote to determine the leadership of the Australian Labor Party and perennial rival Kevin Rudd refusing to take the opportunity to put himself up as a candidate.

Gillard called for the leadership spill at the beginning of Question Time, scheduling the ballot for 4.30pm and issuing a direct challenge to her political rivals in both the Opposition and her own party to “take your best shot”. Gillard was re-elected to her position as leader of the parliamentary Labor Party unopposed, as was her deputy Wayne Swan.

Gillard said: “I have never sought office for its own sake, I have only ever sought office in the interests of the nation. We have got a lot of work to do and we will continue to do it. Today the leadership of our political party, the Labor Party, has been settled in the most conclusive way possible. The whole business is completely at an end.”

Speculation that Rudd, who is currently serving on the backbenches, would challenge for the leadership of the Labor Party proved to be unfounded with the former Prime Minister claiming that he would stand by his previous statement that he would not nominate himself as party leader unless an “overwhelming majority” of his colleagues requested that he stand.

In a short doorstop appearance before the caucus convened, Rudd said that he took his word seriously and that he wanted to send a message to “all and sundry” within the Labor Party that it was important that they “unite in ensuring that Tony Abbott does not simply walk into the Lodge as if it’s his own personal property.”

The road to today’s political storm began around lunchtime with former party leader Simon Crean holding a press conference in which he called on Gillard to hold a vote in order to address the instability sparked by ongoing speculation that former Prime Minister Kevin Rudd was waiting in the wings to challenge for his former position as leader of the federal ALP.

Crean said: “’It seems to me the party through the government is in a stalemate position, something needs to be done . . . to resolve this issue once and for all . . . I am asking her to call a spill of all leadership positions in the party. This is an issue that has to be resolved, there is too much at stake. This is a regretful position for me, my relationship with the PM goes back some time. This is not personal. This is about the party, its future and the future of the country.”

The Labor Party’s woes were aggravated when Opposition Leader Tony Abbott attempted to move a no confidence motion in Gillard shortly after the Prime Minister announced that she would hold the leadership ballot later in the afternoon. The motion was rejected after half an hour of debate, however it gave Opposition MPs an opportunity to criticise the government’s internal bickering on the floor of parliament.

Abbott said: “This is about the decent honest hard working people of Australia who deserve a strong and stable and competent government. We are a great people, momentarily let down by our very poor government. This is a government which has lost its way. For our country’s good, you should go. Let’s get rid of the faceless men and have a new government.”

The Prime Minister’s call for a leadership spill did not result in any challenge to her position, however her attempt to address the disunity within the Labor Party has already claimed at least one scalp. Despite being an elder statesman and former leader of the ALP, Crean will be stripped of his ministry as a result of today’s actions. Outspoken Rudd supporter and Chief Government Whip Joel Fitzgibbon also said that he would consider his position in the party during the forthcoming parliamentary recess which began today.

Last year’s Labor Party leadership challenge, in which Rudd and Gillard faced off for the leadership, resulted in a resounding 71-31 victory for the sitting Prime Minister. Former Rudd advisor Lachlan Harris told Nine News that Rudd would not participate in a vote without being certain that he had the support in caucus, however he would not rule out the former Prime Minister attempting to reclaim the position before the election scheduled for 14 September.