Cabinet minister Greg Combet admits the Gillard government has some convincing to do on the carbon tax as a new opinion poll shows support for Labor has dropped to near-record lows. 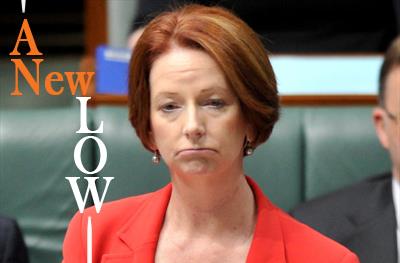 CABINET minister Greg Combet admits the Gillard government has some convincing to do on the carbon tax as a new opinion poll shows support for Labor has dropped to near-record lows.

Its primary vote has slumped seven points to 27 per cent in the latest Nielsen poll, published in Fairfax newspapers on Monday.

After preferences, the coalition leads Labor 57-43 per cent.

The poll also shows six out of 10 voters remain opposed to the carbon tax. Only 36 per cent are in favour.

Mr Combet admits the government has “plenty of advocacy to do” on the carbon tax, which starts on July 1.

But he says polls aren’t the only driving factor for the government.

“You’d be the first to tell us that everything can’t be run by opinion polls,” he told ABC Radio.

It was understandable that some voters were concerned, given the tough economic conditions, the opposition’s relentless attacks on Labor and the government’s large reform agenda.

“I’m also very confident that the government’s got a good strong reform program that is in the interests of the people that we represent,” Mr Combet said.

There were few glimmers of hope for Labor in the poll.

While Labor holds a two-party lead of 51-49 per cent in Victoria, that’s four points down on its performance at the 2010 election.

Mr Abbott’s disapproval rating is at a record high of 56 per cent.

However, he remains ahead of Ms Gillard as preferred prime minister 48 per cent (up one point) to 45 per cent (down a point) with Ms Gillard’s approval rating languishing at 36 per cent.

Nielsen pollster John Stirton says the figures probably reflect the negative media coverage Labor received in the wake of the Queensland election that swept the Liberal National Party to victory a week ago.

“Labor are in trouble but I wouldn’t be writing them off,” he told ABC radio on Monday.

“I think we need to see the Queensland effect wash out of the numbers before we really know what’s going on.”

That could take up to a month.

“Tony Abbott’s got his nose ahead as preferred prime minister but again, statistically, they’re tied,” he said.

The carbon price’s unpopularity remains at about the same level since its announcement, although support varied markedly by political affiliation.

Mr Stirton said the poll numbers showed Labor had not managed to convince people the compensation would be of assistance.

“The good news is that we have a tough leader who is prepared to make decisions in the national interest,” he told Sky News.

The poll result seemed to reflect apprehension about the carbon tax.

But Dr Emerson wasn’t too surprised by that given similar trends in opinion polls during the introduction of the goods and services tax (GST) in the late 1990s.

“There’s this striking similarity in terms of the GST.

“It was just as unpopular when it was legislated as it was (and) when it was first mooted.

“The truth is, the carbon price’s price effect is less than one-third of that of the GST.” – AAP