Prime Minister Julia Gillard will reportedly spend a week living in western Sydney in a bid to halt the plummet of Labor's vote in the area. 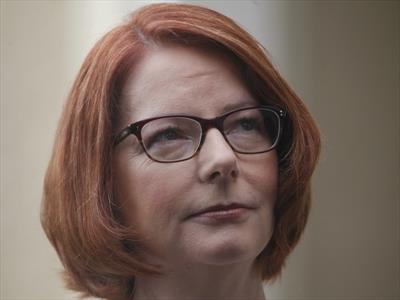 Prime Minister Julia Gillard will reportedly spend a week living in western Sydney in a bid to halt the plummet of Labor’s vote in the area.

Ms Gillard will spend next week on a mini-campaign in the outer suburban region, including sleeping in a Rooty Hill hotel, Fairfax reports on Tuesday.

The move comes as the latest Newspoll shows voter satisfaction with the prime minister has dived to its lowest since August last year.

Opposition Leader Tony Abbott has a clear lead as preferred prime minister for the first time since July last year.

Labor’s primary vote also languishes at a seven-month low, at 31 per cent compared to the coalition’s 47 per cent, according to the poll published in The Australian on Tuesday.

Many of Labor’s western Sydney seats are marginals that would be lost if these results were replicated at an election.

In January Mr Abbott kicked off his own mini-campaign with a rally in western Sydney.

However his campaign was interrupted when Ms Gillard announced the real election campaign would start on August 12 with the polling day on September 14.

Ms Gillard’s office has been asked for comment on her mini-campaign plan.

“Any prime minister and any leader of the opposition will go to particular parts of Australia at particular points in time,” he told ABC radio.

“It’s never been the case that prime ministers or opposition leaders camp themselves in Canberra.”

Australians expected and deserved to have their leaders engage directly with them and Labor was happy to do so, Dr Emerson said.

Western Sydney had specific problems including the fact people spent a lot of time stuck in traffic commuting to work.

“What we’re working on is making sure there are jobs in western Sydney so that those travel times are dramatically reduced,” he said.

“The prime minister will be engaging with the people of western Sydney, explaining what we’re doing, getting feedback.”

Independent senator Nick Xenophon said the move by Ms Gillard to stay in the western suburbs of Sydney next week would be eagerly watched.

“It will be interesting to see what response the prime minister gets in Rooty Hill in the next few days,” he told reporters in Canberra.

He would have preferred the prime minister to stay in Canberra where she could work on the budget and repay the government’s debt.

“Leave Rooty Hill’s RSL to the people who want to put 20 bucks through the pokies,” he told Fairfax Media on Tuesday.