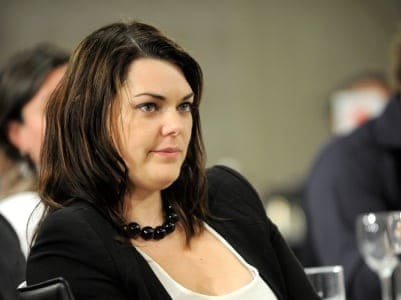 THE West Australian Labor Party passed a motion supporting same-sex marriage at its state conference on Saturday, following the lead of the Queensland ALP, which passed a similar motion last week.

It also follows the approval of the Marriage Equality Act by the New York Senate on Saturday, legalising gay marriage.

“These wonderful results in New York state and the WA ALP conference indicate unstoppable support for same sex couples to have the same rights under the law,” Senator Sarah Hanson-Young said on Sunday.

“The decision by WA Labor members yesterday follows their counterparts in Queensland earlier this month, with the NSW ALP due to discuss marriage equality at their state conference in July.”

Prime Minister Julia Gillard is under pressure from her party’s left faction to support gay marriage despite her stated view that marriage should be between a man and a woman.

“The Greens hope the prime minister and Opposition Leader Tony Abbott will act now and let their MPs and senators have a conscience vote on our marriage equality bill which is before parliament,” Senator Hanson-Young said.

Greens MP Adam Bandt moved a successful motion in the lower house calling on MPs to canvas their constituents on the issue.

Senator Hanson-Young said: “Ensuring marriage equality is achieved before the next election is a priority for me and the expanded Greens team, which will be working hard to achieve this inside and outside the parliament.”

Ms Gillard said she would continue to hold her views but was happy for debate on the issue to continue.

“I am not someone who’s interested in closing debate down, I think it’s good that people come to Labor Party meetings and want to talk about ideas, they’re doing it now and they’ll do it at National Conference later this year,” she told the Ten Network